Sign Up
Log In
Purchase a Subscription
You have permission to edit this article.
Edit
News & Features
Sports
Opinion
Obituaries
Photos
HD Media LLC
Share This
No Thanks
1 of 3 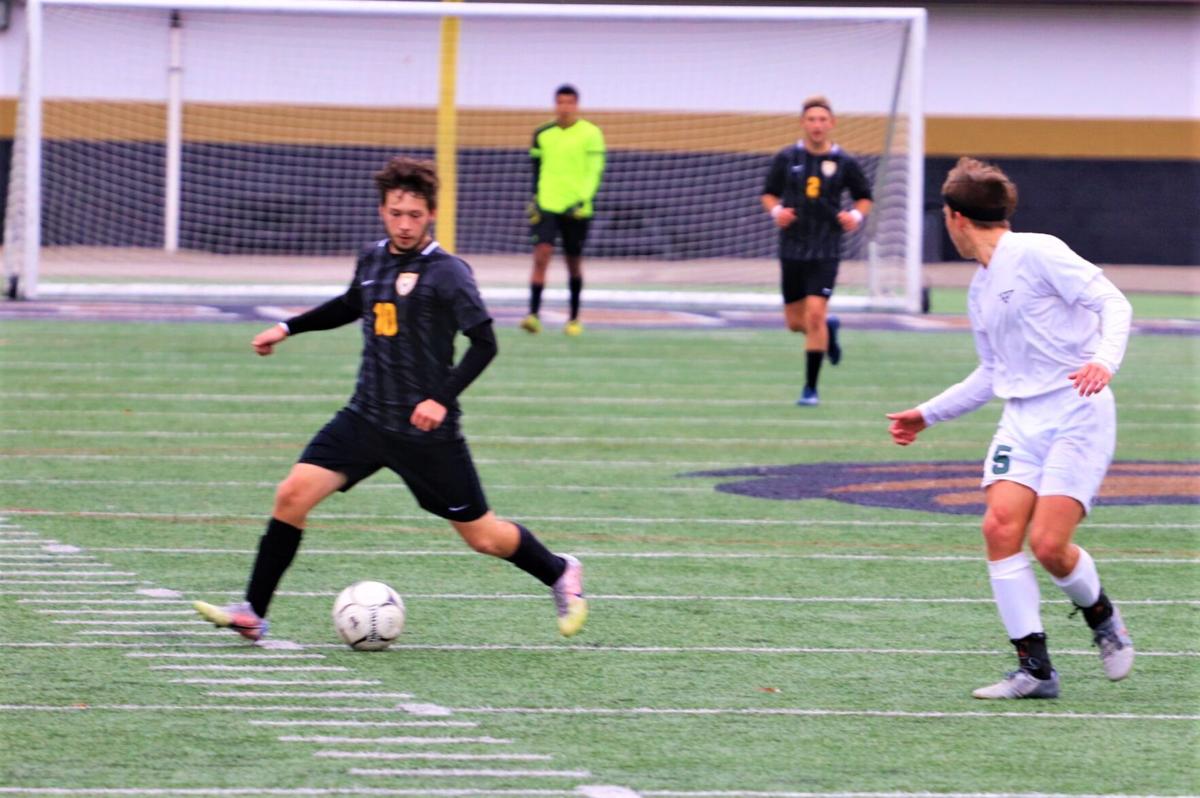 Lucas Older moves the ball upfield for Scott in their 1-0 sectional final win over Winfield on Oct. 24, 2020. 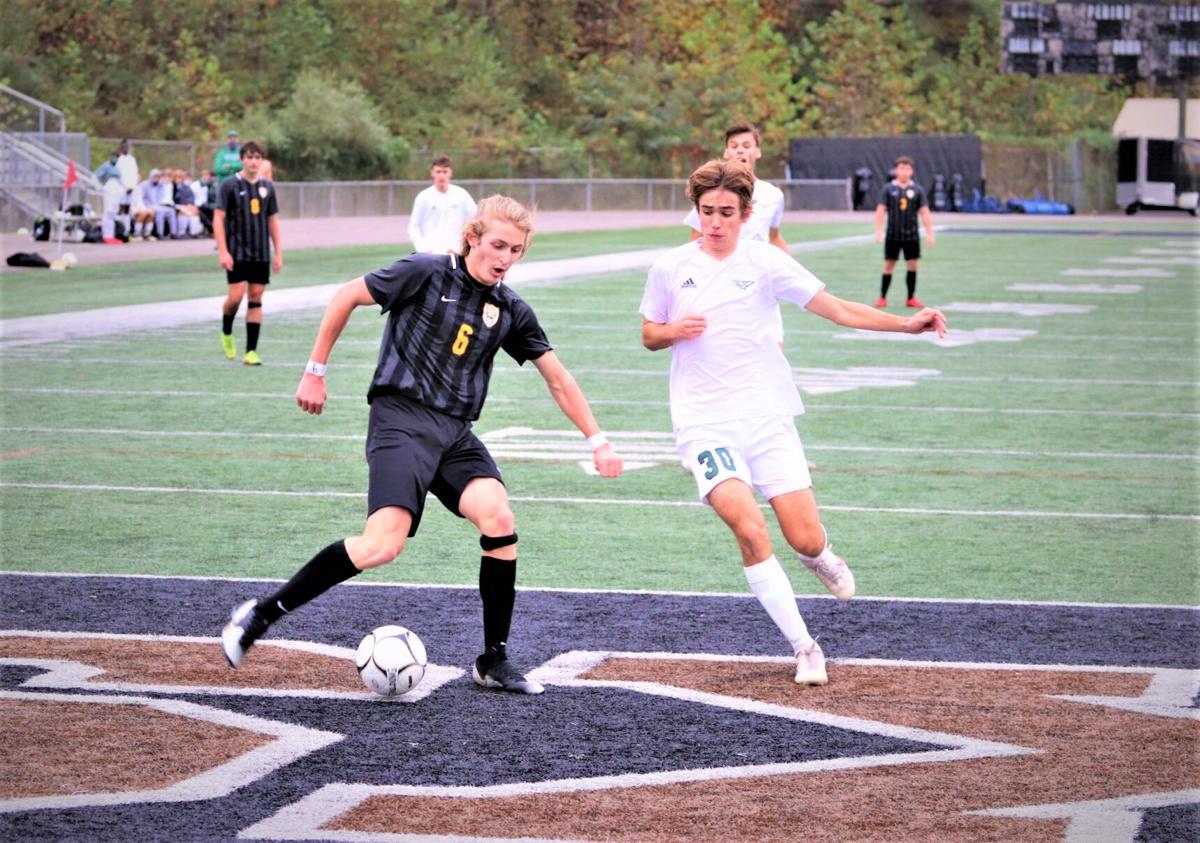 Scott High's Carson Asbury (6) takes a shot on goal in the Skyhawk's sectional championship win over Winfield on Oct. 24, 2020. Asbury scored the only goal of the contest. 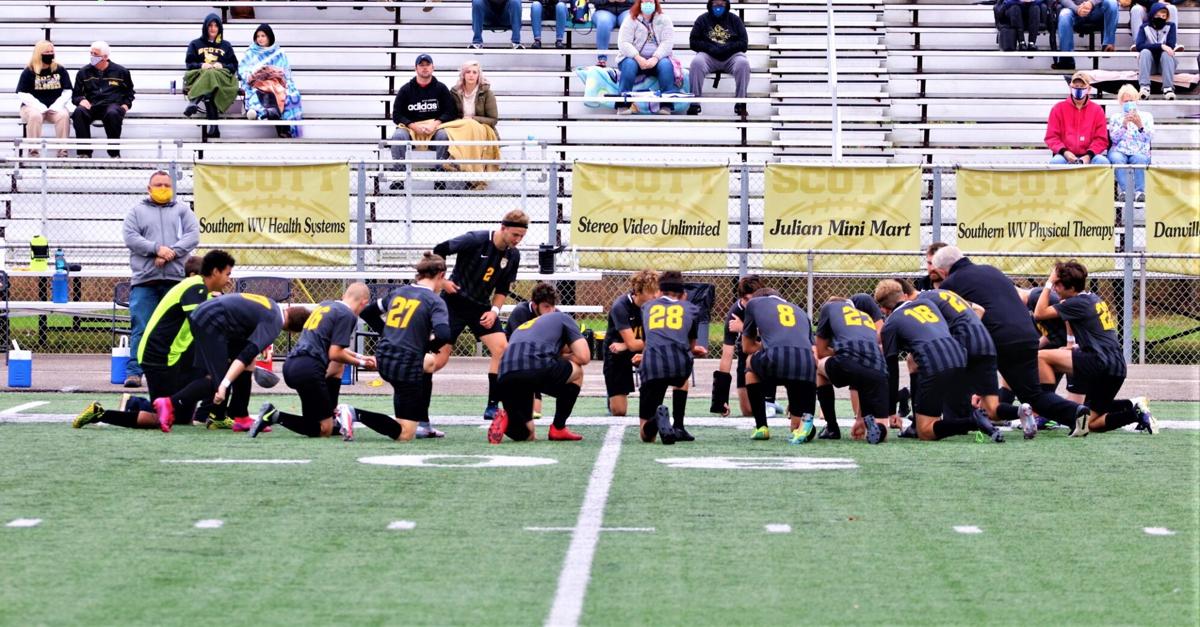 Lucas Older moves the ball upfield for Scott in their 1-0 sectional final win over Winfield on Oct. 24, 2020.

Scott High's Carson Asbury (6) takes a shot on goal in the Skyhawk's sectional championship win over Winfield on Oct. 24, 2020. Asbury scored the only goal of the contest.

WEST MADISON – The No. 1 ranked Scott High School soccer team earned a Section 2 championship on Saturday with a 1-0 over Cardinal Conference foe Winfield, but their path to a potential championship may stop there.

The Skyhawks (13-0-1) faced off against three challengers in their 2020 sectionals run. The first two matches, which were against the 0-6 Man Hillbillies and the 2-3-1 Chapmanville Regional Tigers, were straightforward matches for the Skyhawks.

They won each respective match 18-0 and 19-0, though they lost starters along the way for purposes of quarantine after possible exposure to Covid-19. The final opponent of Region IV, Section 2 was one that was familiar to the Madison side.

Winfield had beaten Scott High School in 2018 and 2019, proving themselves to be a roadblock for the black-and-gold many times. However, the 2020 season has seen a much different Scott, who managed to defeat the Generals 6-1 in September. The( 6-5-2) Winfield team returned to take on the Hawks one last time in 2020.

Scott Head Coach Zach Boyd said that their challengers were prepared to play hard their second meeting. Mistakes made back in the previous month were largely erased in the contest. The way the Generals adjusted to Scott’s attack was impressive to Boyd. However, an early goal by senior Carson Asbury, which was assisted by sophomore Isaac Setser, was the only one on the board at the end of the day. Scott’s defense and sophomore goalkeeper Kadin Clemon kept the sheet clean for their side, earning Scott High’s boys’ soccer program their first ever Sectional Championship against a repeat rival.

However, only an hour after the victory, the West Virginia color-coded Covid-19 map made its Saturday update, showing that Boone County had moved up to "orange" status on the COVID-19 School map. According to the WVSSAC’s rules, teams are unable to play in tournaments if they hit this status. The team, families, and supporters spent days stressing the importance of testing in order to keep the county’s positive test percentage low. Now, Coach Boyd hopes to appeal to the SSAC.

“We’re going to do everything within our power as coaches to see that our players are given their chance to continue their season, play in the regional, and hopefully be able to compete for a state title this season,” he says, adding that the circumstance was ultimately in the hands of the governor. Boyd accepts any defeat to a better opponent, but being knocked out due to the map was clearly not how players, families, and supporters wanted to see the season go. After all, the team, which includes 12 seniors, earned a national ranking of #25 through hard work against both perennial contenders and AAA schools.

Senior Carson Asbury led in scoring over the sectionals run, with 5 goals, followed by sophomore Isaac Setser with 4, and senior Luke Older with 4. Junior Wade Setser leads assists with 6 over the three matches. Nearly every player on the roster has scored at least one goal over the week.

“These boys have been working for four years for this moment,” says Boyd. The team feels more like family to both Boyd and assistant coach Rodney Miller. On many occasions, Boyd has said that the hardworking players on the team are as close as brothers. In 2020, whether the sectional championship is the end of the road due to the map, or if the appeal is able to successfully sway the WVSSAC, the accomplishments made by the boys’ program at Scott High are historic and have not gone unnoticed.”