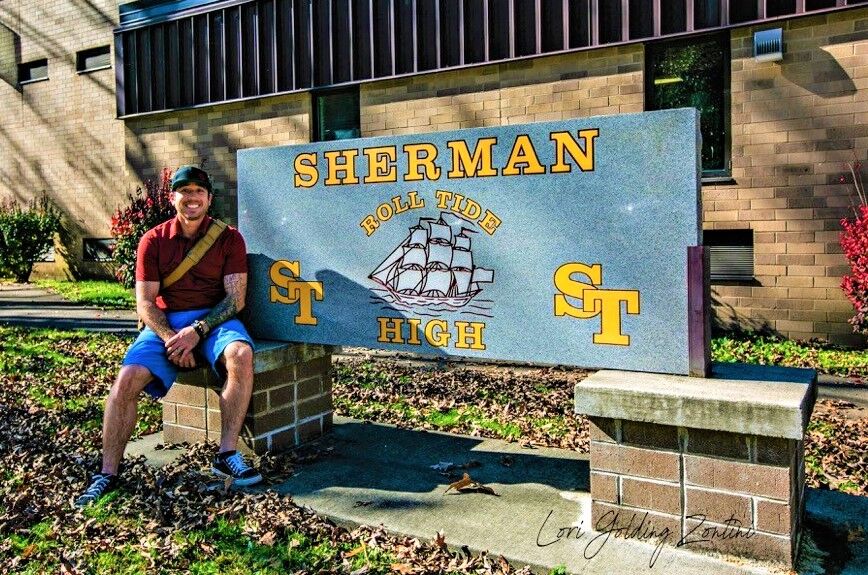 John Zontini, the grandson of the legendary Sherman High athlete of the same name visited his grandfather's high school in Seth last week. 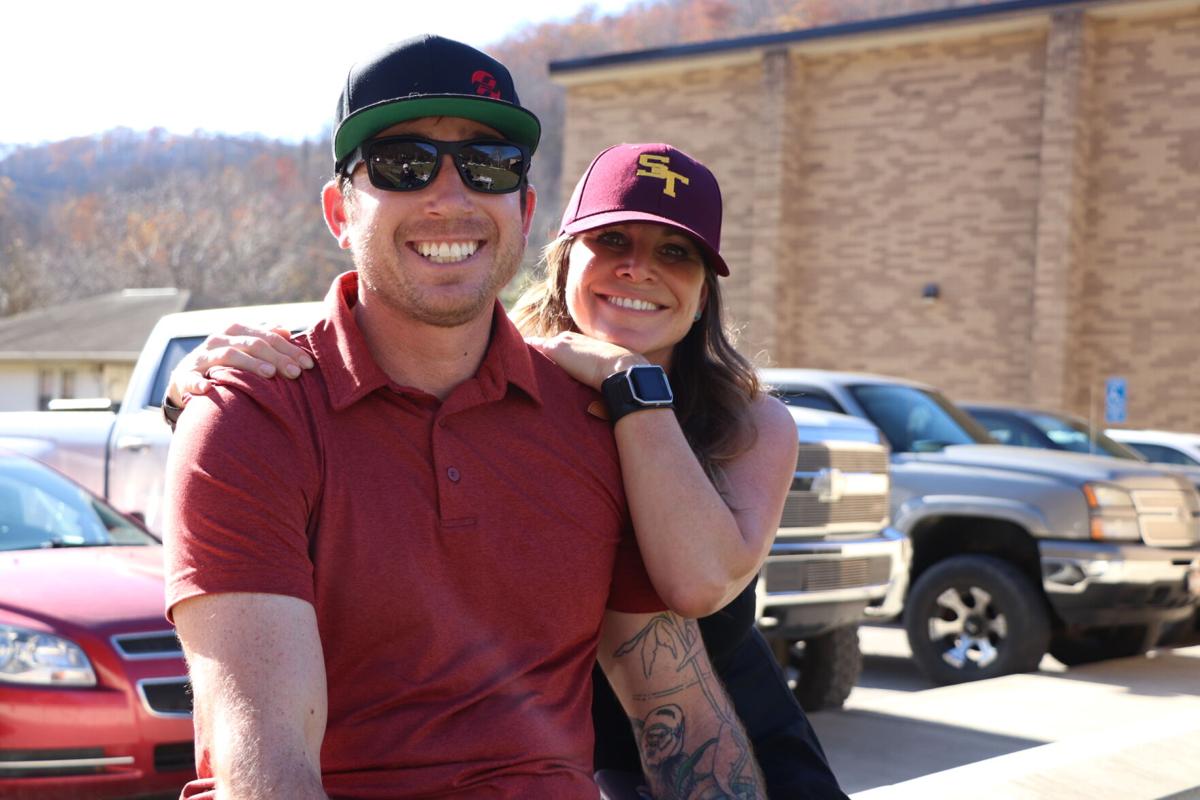 John Zontini, the grandson of the legendary Sherman High athlete of the same name visited his grandfather's high school in Seth last week.

Welcome back to Phil for the Game, your glimpse into the sports community of Boone County.

As you all know by now, Gov. Jim Justice has announced that winter sports will be pushed back until Jan. 11 so we’ll be following that situation closely and keeping up with our local coaches and reporting on what we can in relation to that COVID-19-related development.

For this column, we are going to focus on John and his namesake.

Zontini rushed for 865 yards in 1931 as a frosh at Marshall), including 200 yards in a 60-0 win over Fairmont State. His season record of most yards per rush at 9.5 still stands at Marshall. Choosing a professional baseball career, Zontini played outfield for the Charleston Senators of the Mid-Atlantic League. He was inducted into the West Virginia Sports Writers’ Hall of Fame in 1971 and the Marshall University Athletics Hall of Fame in 1984.

John Zontini moved to eastern Virginia and lived there for about 40 years until his death in 1981. The Sherman High football facility is called “Zontini Field.”

The younger John that I met at Sherman High last week was born in 1980 and is the son of Tony Zontini.

Tony Zontini starred for the Old Dominion Monarchs from 1964-1968, in baseball, track and field and basketball. He was named their top senior athlete in 1968.

In baseball, Tony Zontini was named All-Mason-Dixon Conference for three consecutive seasons and led Old Dominion to two conference titles in 1967 and 1968. After graduation, Tony signed with Kansas City and hit .305 for their Kingsport minor league club. He enjoyed a successful coaching career afterwards and still sings the National Anthem at Old Dominion events.

John, 40 saw just a fleeting glimpse of his grandfather.

“I’m told stories of how he wouldn’t let anyone else carry my sister and I into the house and that he adored us,” he said emotionally. “You know, like a real family man would do. This is the first trip I’ve made back here (Seth) and it is pretty overwhelming.”

John and Lori Golding Zontini (wife) made the trip from Virginia to see where it all started for his grandfather. He toured the school, the football facility and saw the scoreboard that bears his family name. John and Lori’s families have roots in the Hampton Roads area of Virginia.

Lori, a professional photographer serves as the family archivist.

Chris Jarrell, a Sherman graduate and archivist of the school runs the “Sherman Tide Yearbooks” Facebook page. He lent his knowledgeable hand to a search that Lori conducted and helped her connect some family dots.

“She was digging up things that the family wasn’t even aware of and it was really exciting,” John said. “We were planning to get out of town and go on a little trip. Next thing you know, we were mapping out a trip to Seth. I am in awe of this region and it is just blowing me away. It’s the natural beauty and the kindness of the people.”

He added, “He died when I was a year old and seeing all of this is just so cool,” he said. “We’d have big dinners with my great grandmother and my grandmother Zontini and they’d take two days to make the sauce being Italians who came from Italy. We’ve always been that close. I’m taken back that these three brothers made such an impact in so many different ways and it resonates today.”

The Zontini family landed in Boone County via Italy to work in the booming coal mining industry that was going strong at the turn of the century.

John and Lori spent their nights in a hotel in the Beckley area and were making day drives to view and photograph landmarks through Whitesville and Seth.

He said that his pilgrimage to Seth is one of discovery.

“Its really cool for me to know my grandfather likely stood where I’m standing now at one time,” he said. “Virginia Beach is seven hours from here and to be here right now is rejuvenating to me.”

John Zontini is a successful business owner today as the proprietor of Bird Mad Media.

Zontini used a drone to capture photos of Boone and Raleigh Counties while he was in the area.

“I’m overwhelmed by the beauty,” he said. “I really am going to encourage my father to come with me and take all of this in. I can’t say enough good things about what we’ve experienced and how humbling it is to see where it all started for my family.”

Look for a feature story on Tony Zontini in a future edition of the Coal Valley News.