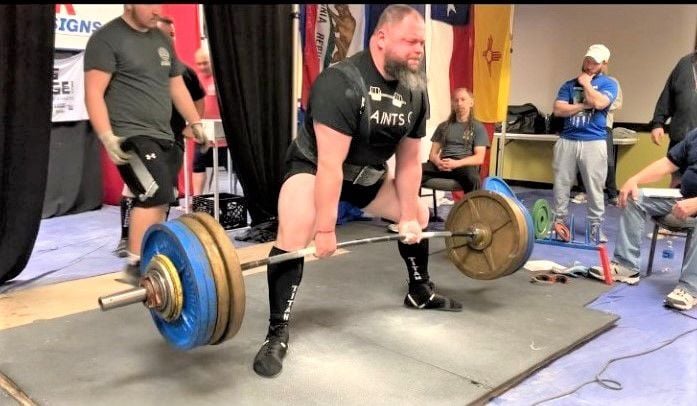 BOTH PHOTOS: Boone County native and Chapmanville resident Sammy Sebok was named the Natural Athlete Strength Association (NASA) “Overall Athlete of the Year/Lifetime Achievement Award” recipient for 2020 at a banquet on Feb. 20 in Oklahoma City, Oklahoma. 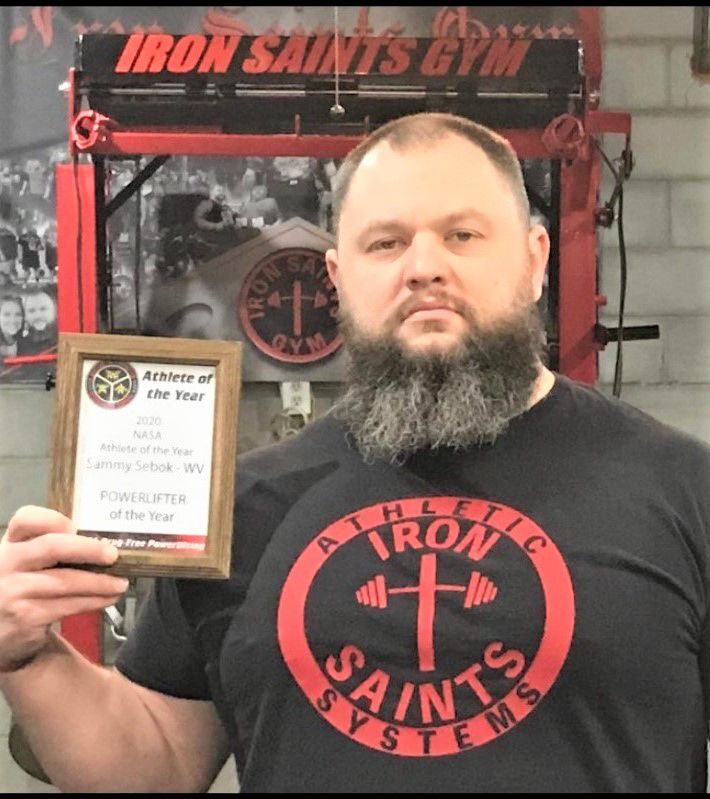 BOTH PHOTOS: Boone County native and Chapmanville resident Sammy Sebok was named the Natural Athlete Strength Association (NASA) “Overall Athlete of the Year/Lifetime Achievement Award” recipient for 2020 at a banquet on Feb. 20 in Oklahoma City, Oklahoma.

OKLAHOMA CITY, Okla. — Just one year after Boone County native and Logan County resident Sammy Sebok was inducted into the Natural Athlete Strength Association (NASA) Hall of Fame, he was named the “Overall Athlete of the Year/Lifetime Achievement Award” recipient on Feb. 20 at the organization’s annual banquet in Oklahoma City, Oklahoma.

For powerlifting, the award represents elite status in the sport. What separates the NASA Hall of Fame from many others lies in the fact that it is based not only on achievements in the sport, but also how the athlete gives back and serves as an ambassador for the sport.

“It’s a very humbling thing for me to be selected,” Sebok said. “It is magnified when other finalists for the award tell you afterwards how much they feel that you deserved it. Getting the respect of those that I compete against and respect so much means a lot to me.”

Sebok knew he was a finalist for the award but didn’t know that he had won until his name was called at the banquet. He said the recognition wasn’t an immediate goal when he became serious about the sport but was something he ultimately would embrace. A large pool of nominees is carved down to five at banquet time.

“It wasn’t something that I initially thought about, but it was something I became aware of over time and I saw others win and when I was nominated and didn’t win the first time, I knew I had to win it,” he said, laughing.

Sebok said competing in any sport is challenging during a pandemic. Despite COVID-19 restrictions and protocols across the country, he was able to compete safely in July with related protocols in place and had the best meet of his career in Tennessee.

The 2000 Sherman High graduate, now 38, had what is referred to in the sport as a “perfect meet.”

He went 9-for-9 on his lifts and swept the competition.

“It’s like pitching a perfect game in baseball, it doesn’t happen very often,” he said. “I also found a new personal best on every lift that day.”

Sebok’s best lifts overall include an 804-pound squat, a 622-pound bench press and a 663-pound deadlift.

The powerlifter said he’s been lucky in terms of injuries in his career.

“I’m lucky in I haven’t had any serious injuries, surgeries or had to spend extensive time away from the sport,” he said. “I was nagged by strained hip rotators for a while but rehabbed myself past that. I had to spend the time and do some extra stuff to get that healthy.”

With COVID-19 protocols and states adopting different guidelines, Sebok said his schedule for what is usually a busy summer is currently wide open, but he hopes to get to compete multiple times in 2021.

Sebok said competitive prime in powerlifting — which is different than other sports — is the mid-30s to early 40s based on a multitude of factors, including general health and not getting a late start in the sport.

Sebok has started a local business called Iron Saints Athletic Systems. The company offers what he calls, “training for athletes of all sports and ages to be stronger, faster, and more explosive.”

Sebok is employed by Hillcrest Health Care Center in Danville as a physical therapy assistant. He and his wife Brittany make their home in Chapmanville.