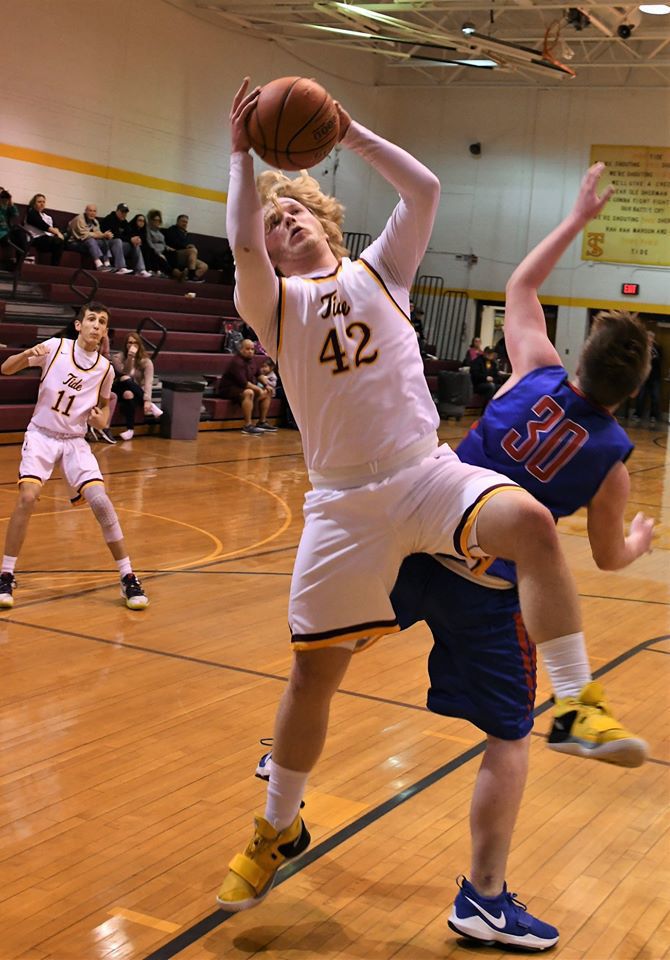 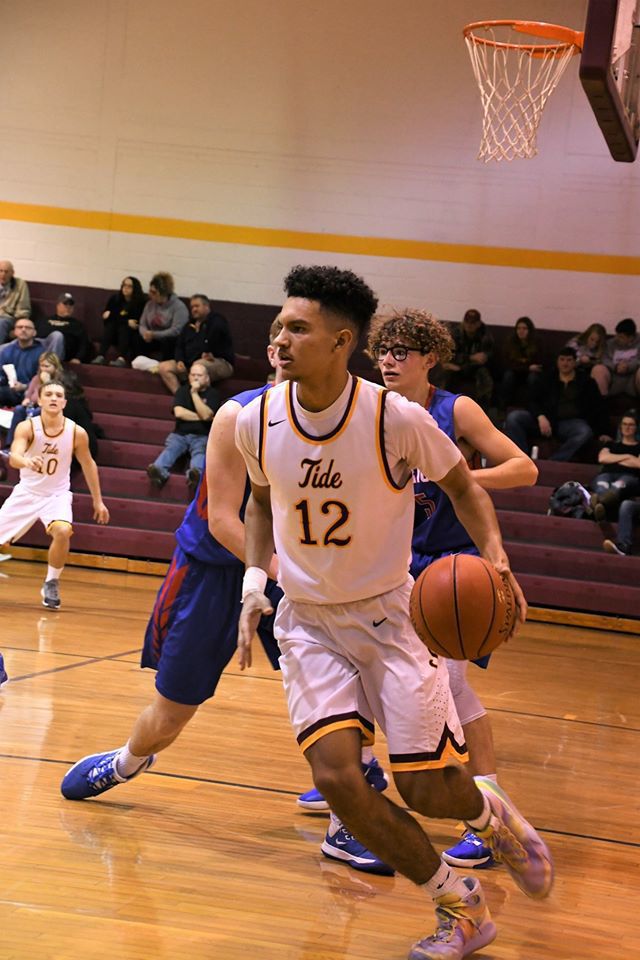 SETH — Sherman High’s boys basketball team used a stingy defense and timely shooting to nip Midland Trail, 45-39, in a battle of Class A teams at Seth on Jan. 28.

The Tide put the clamps on the Patriot offensive sets by allowing single-digit points in both the first and third quarters on a night when the ball didn’t fall consistently through the hoop for the Tide.

Sherman built a lead with timely perimeter shooting early on, which helped them suffer through a third period in which they only netted four points.

Sherman sharp-shooter Chris Abbott got the fireworks started in the opening frame with a pair of 3-pointers that lifted Sherman to an early 12-7 advantage. Aidan Lester proved accurate on the perimeter for the Patriots, netting seven of his 19 points in that opening quarter.

The Tide (6-7) went on a 16-12 run in the second period to take a 28-21 advantage into halftime thanks to long-range bombs from Bryson Carter and Alex Kirk.

Sherman’s first-year Head Coach Aaron Pauley said he was pleased with the win, but he’d like to see his team operate with more consistency as they head down the back stretch of their schedule and prepare for sectional play.

“We played well at times on both ends of the court,” Pauley said. “I’d like to see us be more consistent moving forward.”

The Tide saw a lull in the third, but Midland Trail (5-9) couldn’t take advantage in a game plagued by mental mistakes on both ends of the floor. Sherman got buckets from Brian Busby and Kirk in the quarter.

The fourth period saw Sherman flex again as they sealed the win for the Tide as Dalton Rollo hit for six of his 10 points on aggressive drives to the bucket that the Patriots had no defensive answer for.

A 3-point shot from Indy Eades wasn’t enough and Sherman cruised to a 45-39 win.

Midland Trail has lost six of their last eight games and Sherman has won five of their last seven contests, including wins over James Monroe and Meadow Bridge. The Patriots were unable to avenge a 52-41 home loss to Sherman on Jan. 9.

The Tide will host Man on Feb. 6 in Seth.