Sign Up
Log In
Purchase a Subscription
You are the owner of this article.
Edit Article Add New Article
You have permission to edit this article.
Edit
Home
News & Features
COVID-19 Vaccine
Sports
Opinion
Obituaries
Photos
HD Media LLC
Share This
1 of 3 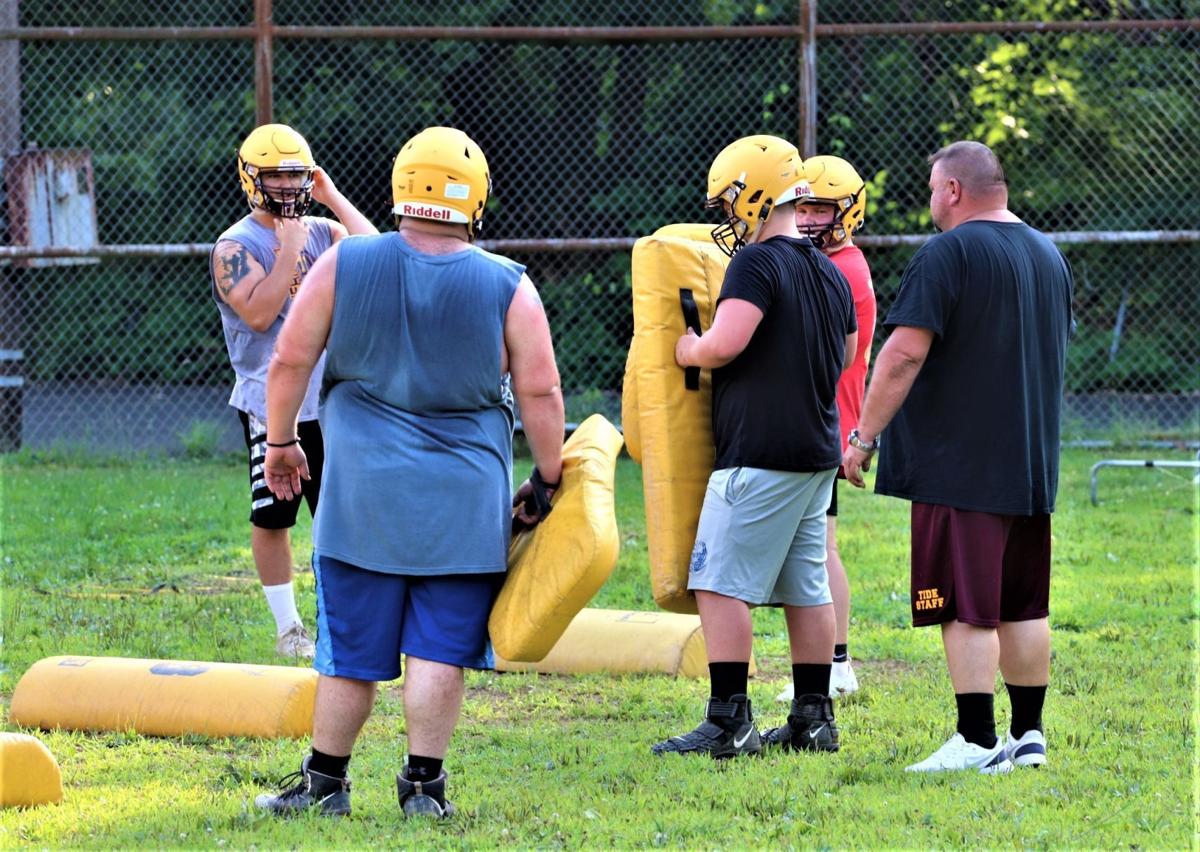 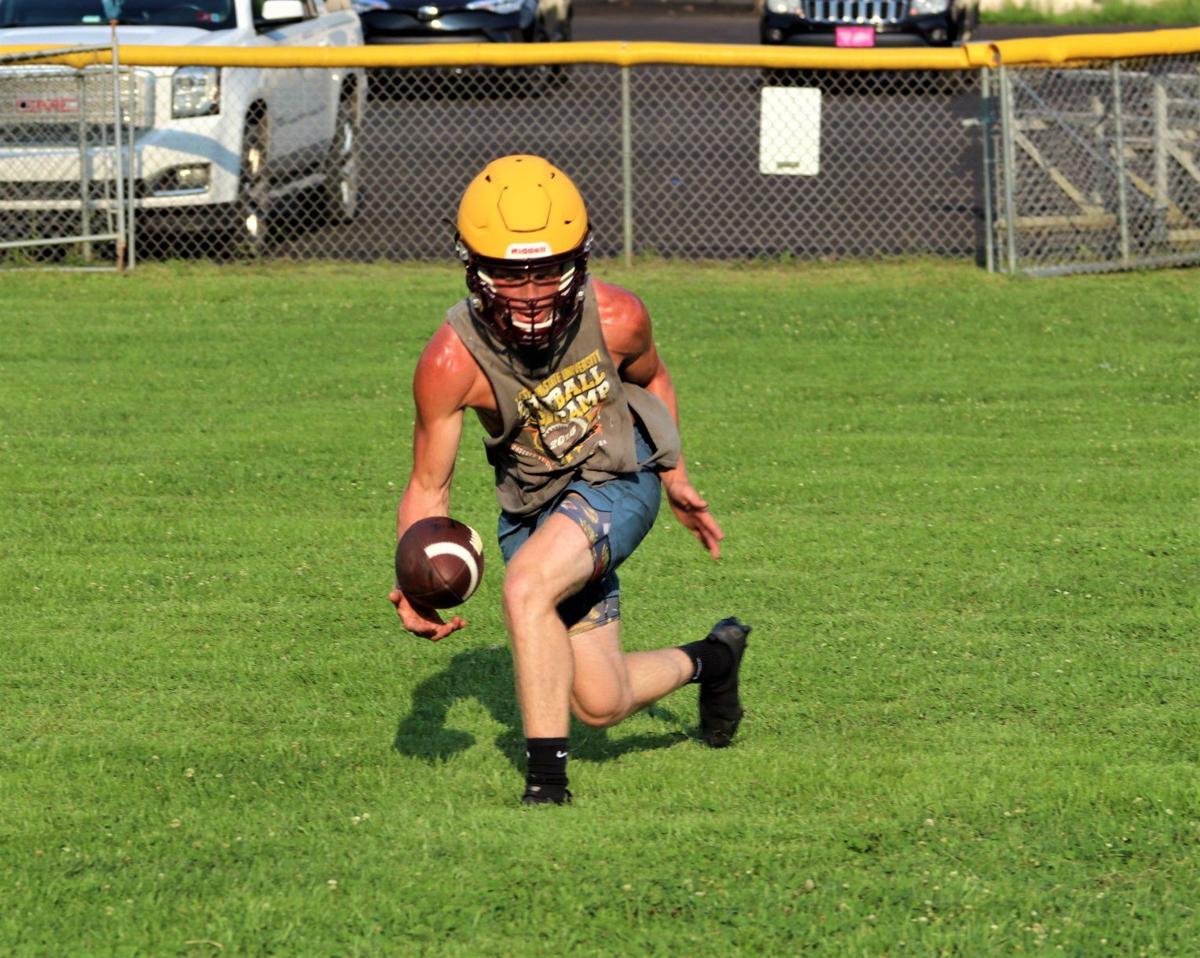 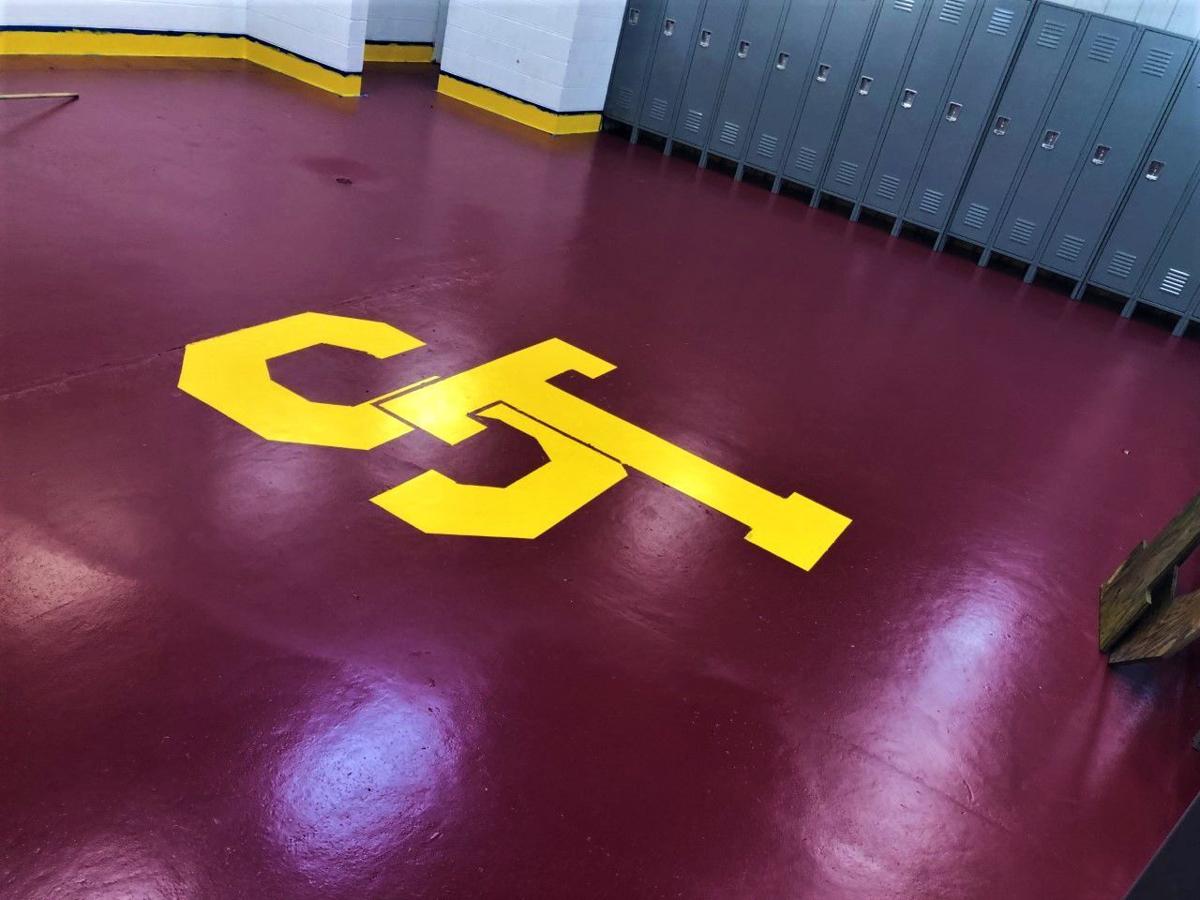 Sherman High's football locker room received a facelift thanks to coaches and a new locker donation from Alpha Natural Resources..

Sherman High's football locker room received a facelift thanks to coaches and a new locker donation from Alpha Natural Resources..

“Our participation numbers aren’t what we’d like for the summer, but there are various reasons for that,” said Buzzard. “We are hoping for 28 or 30 kids in August, and it remains to be seen if we get that.”

Sherman produced a 6-3 record last season under former coach Michael Showalter, who stepped down to pursue an administrative career in education.

About a dozen Tidester gridiron faithful were hard at work last week at Zontini Field, refining their craft and sporting their new, flat-gold helmet paint jobs.

“The kids love them,” said Buzzard, who previously served as an assistant. “Our helmets will have a fresh, new look that won’t be the traditional “ST.”. You’ll have to wait and see.”

Buzzard and assistant Tom Hensley were putting the boys through their paces, hoping to add a few wrinkles to their offense as they search for a new signal caller after Coal Valley News All-County Player of the Year Davy Jarrell is lost to graduation.

With names like Jarrell, Colby Treadway, Baylee Kirk and J.T. Hensley under center over the last dozen years, the Tide has garnered a reputation for producing athletic and productive quarterbacks who spread out defenses and make magic with their feet and arms.

Winnell, a junior, has packed on a healthy dose of lean muscle through his weight-room dedication, adding to his reputation as a tough inside runner who has enough zip to skirt the corners. Senior leader Buzzard, at 165 pounds, pushes up a 295-pound bench press and is the Tide’s fastest player, according to the coaching staff.

Hager, a junior, is a versatile athlete who can run, throw and catch, making him an important spoke in the Sherman wheel.

The Tide has a couple of returning players in summer school and the roster will see some inexperience in 2021.

“We will be mixing in new elements of the spread with our traditional veer offense,” Buzzard said. “There will be some wing-t in there, as well.”

The Tide will return some experience up front but will have holes to fill — so there is competition.

Seth Ward and Brad Craze bring perhaps the most experience to the offensive line.

At 6-1 and 330 pounds, Alex Williams started a playoff game for Sherman as a freshman and looks to be in line to stand out on the defensive line.

“He’s put in the work this summer for us,” Coach Buzzard said.

Sherman’s offense will see healthy doses of Winnell and Hager, but the coaches know Colby Buzzard needs to get some touches.

“We want to get him in ball in multiple ways and let him create and do his thing,” he said.

Sherman’s All-County and All-State baseball player Josh Jenkins has committed to play this season and will see time at tight end.

“He’s an athlete and we’ll give him every opportunity,” said the coach.

The coaching staff have spent some time this summer overhauling the locker room, and — thanks to Alpha Natural Resources — have installed new lockers. A fresh coat of paint with the Sherman logo at the center of the floor is eye-catching.

“As a staff, we want the guys to take ownership and take pride in our facility, and this is the first step in a bigger plan,” said Coach Buzzard.

In addition to Tom Hensley, assisting Buzzard and returning this season are Brian Guthrie, Willis Hensley, Leland Salmon and Will Hensley.

Sherman will host James Monroe on Aug. 27 to kick off the 2021 campaign.