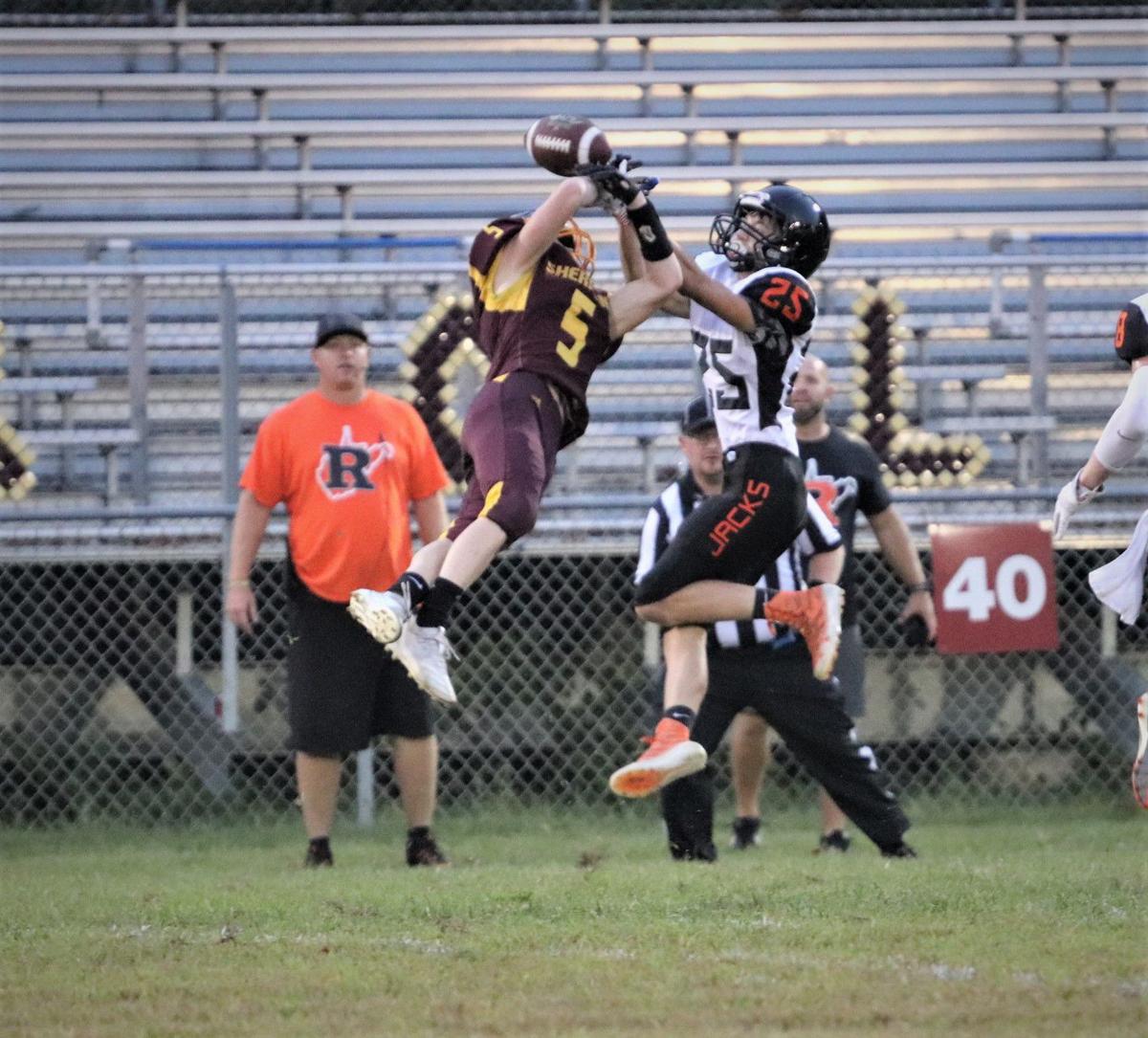 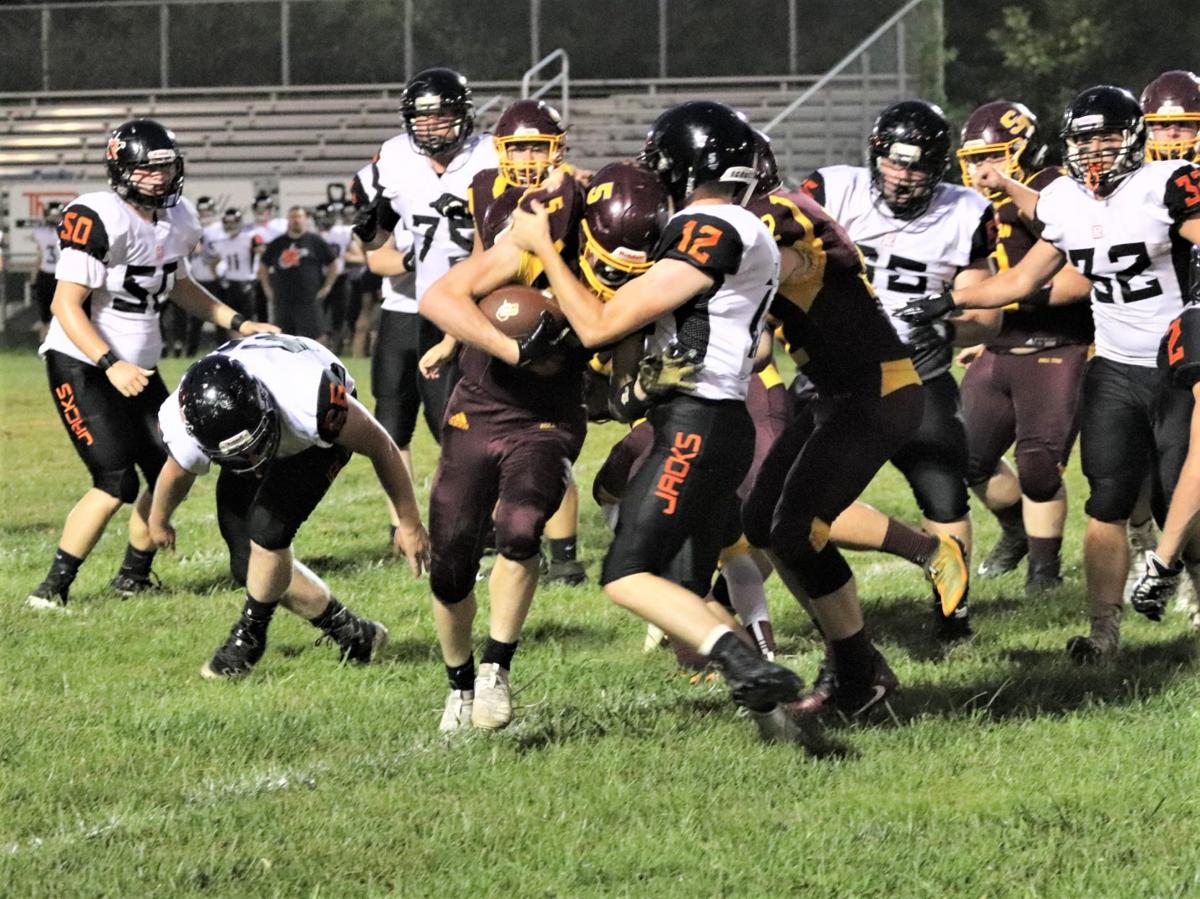 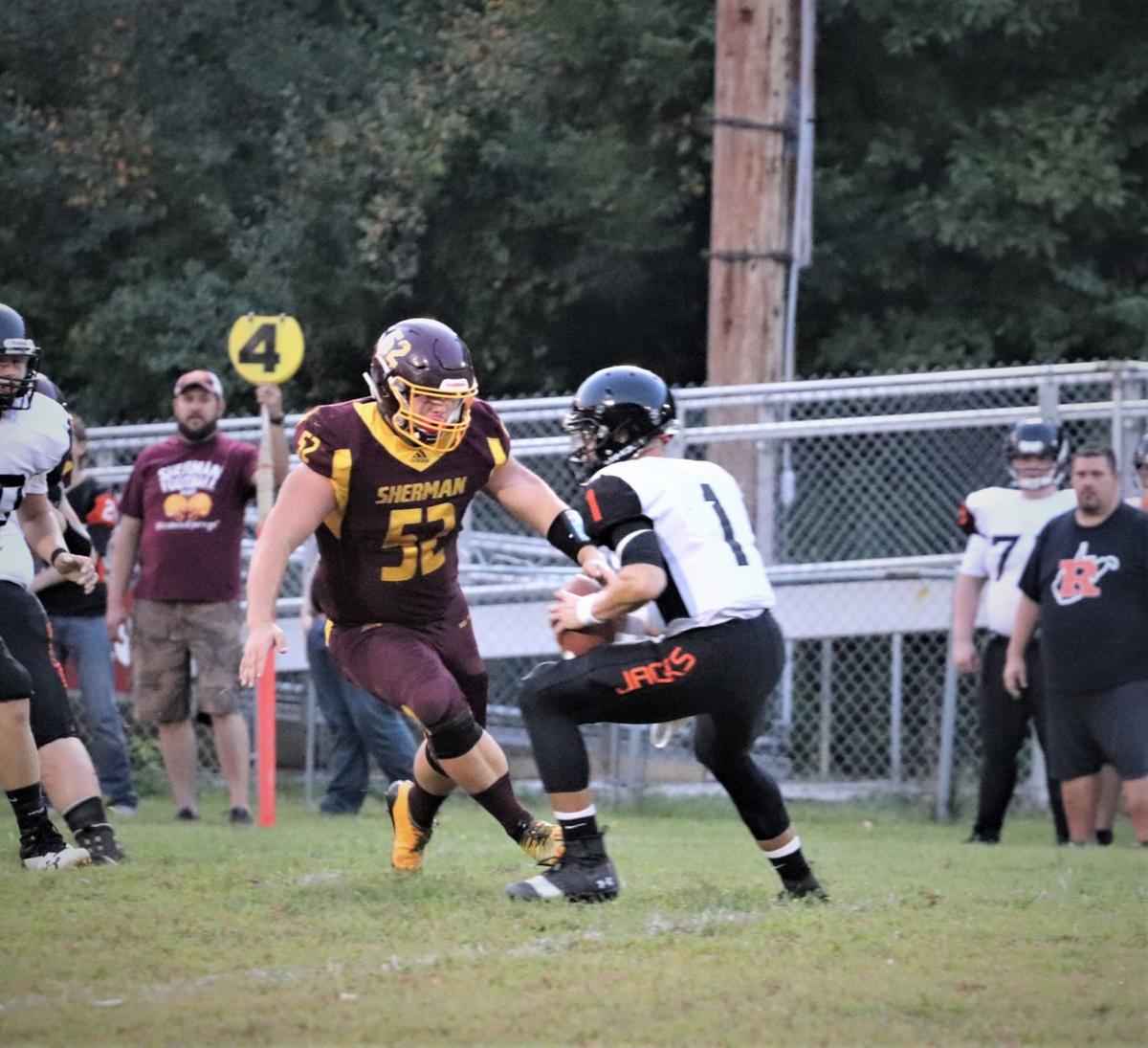 SETH - With just seconds remaining, Richwood quarterback Caleb Jantuah scored on a keeper inside the 10-yard line and the Lumberjacks left Seth with a 29-26 win over a Sherman team looking for its first win of the season.

"We had some breakdowns defensively and we couldn't hold onto the ball and I'm sure we lost the turnover battle again, but I'll tell you right now that we didn't quit and we could have rolled over and given up, but we gutted out a tough one and came up short," said Sherman head coach Michael Showalter.

With two minutes to go in the game, Sherman scored on a 39-yard slant pattern from quarterback CJ Winnell to running back TJ Hager, who split the linebackers and raced past a safety for pay dirt to give Sherman a brief lead.

In the third frame, Sherman was energized by a 99-yard interception return for a touchdown by Daniel Green that saw him with one man to beat at midfield and he shook off a tackle attempt by Ethan Davis, one of the, if not the fastest Lumberjacks on their roster.

The play will go down in Tidester lore as one of the most exciting interception returns for a touchdown since the late Eddie Cooper scored on a 101-yard return during the 1985 season that earned him an MCI Award for the longest touchdown in West Virginia and the school received a $1,000 reward for use in the science department in Cooper's honor.

"That play energized us and got our blood pumping," added Showalter. "It gave us an edge and intensity that I liked."

Jantuah struck again when he hit Michael McGee on a 21-yard pass and catch that put Richwood (2-1) up 22-19, before Hagers score for the Tide set up the game-winning drive by the Lumberjacks.

"We had missed opportunities," added Showalter. "We made great decisions at times and then poor ones to shoot ourselves in the foot. We had an opportunity to eat some clock in the fourth quarter and take care of the football. We put the football on the ground again. You can't do that against a good football team."

Showalter said the game was a confidence builder for his squad as they move forward.

"This is a football team that is going to keep winning and they had to work to beat us," he said. "They are well coached and well prepared. Our big statement to the team all week was to be mentally tough. This is something to build on for us. We hung tough when things got difficult and we stayed in the game every single snap."

Sherman will host Buffalo next Friday at Zontini Field. Game statistics were not available before CVN print deadline.