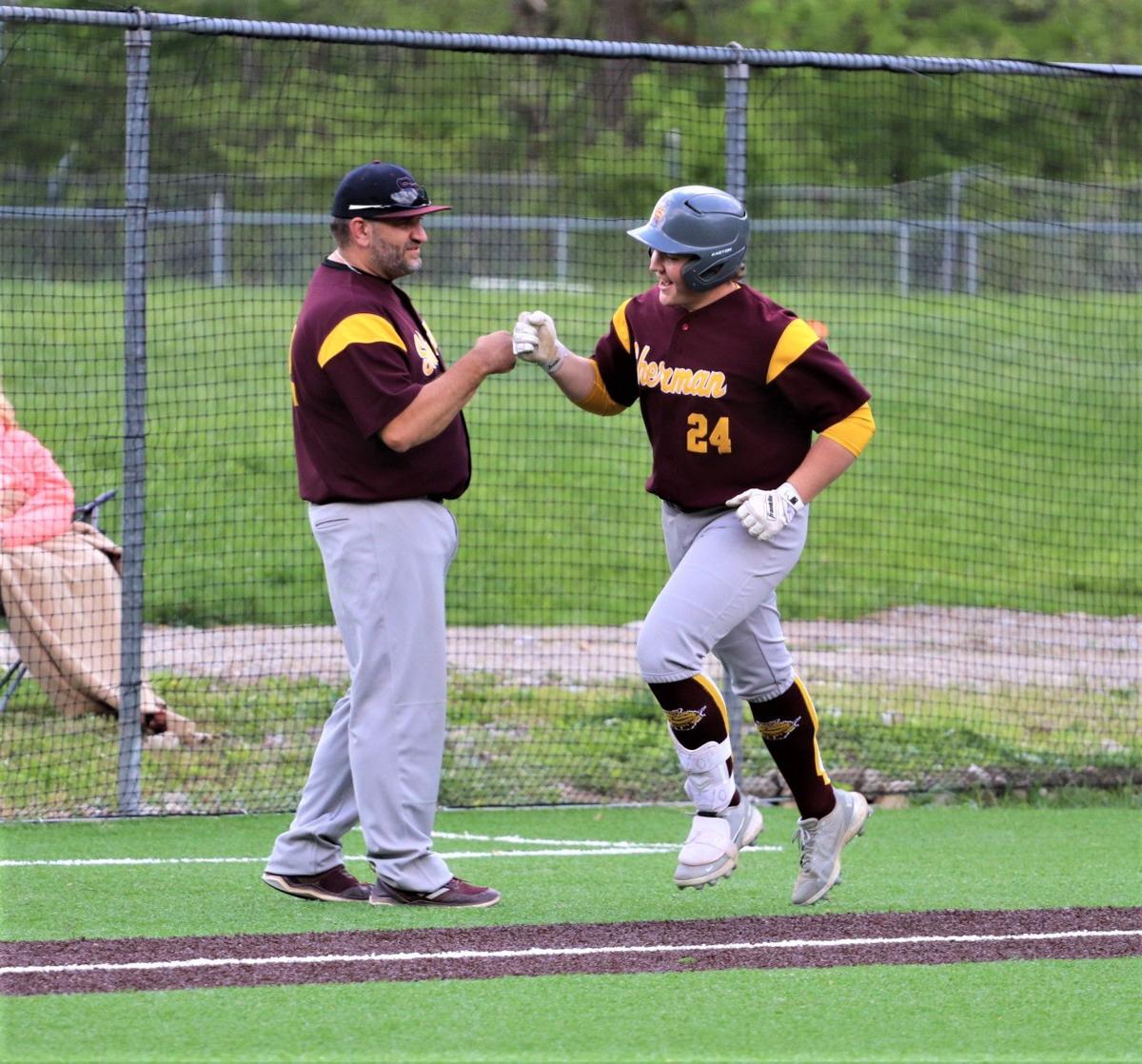 Sherman High infielder Josh Jenkins is congratulated by coach Jeremiah Pettry after he belted a home run versus Van on April 30. 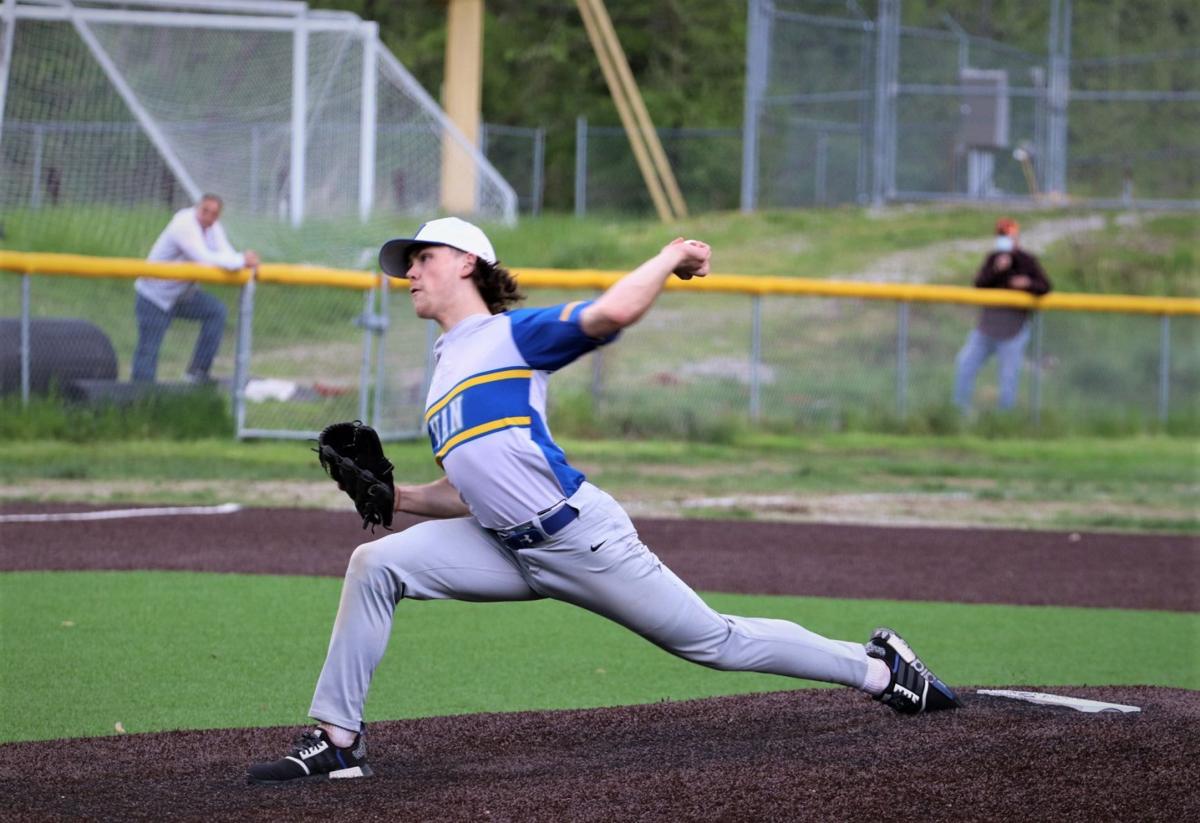 Van's Kalen Booth delivers a pitch versus Sherman on April 30, 2021.

Sherman High infielder Josh Jenkins is congratulated by coach Jeremiah Pettry after he belted a home run versus Van on April 30.

Van's Kalen Booth delivers a pitch versus Sherman on April 30, 2021.

SETH — The Sherman High baseball team engineered an impressive display of power bats as they outscored Van 39-3 in a doubleheader for the Class A schools.

The No. 10 ranked Tide scored six runs in the first inning and it would be all the Tide would need to hammer cross-county rival Van, 18-0 in the first game on Friday evening.

Sherman (9-4) scored on a fielding error, a home run blast by senior infielder Josh Jenkins, and a double by sophomore Jared Butcher in the first frame.

Holden Allen was sharp on the bump for the home team, mixing up his pitches and showing the Bulldogs a change of speeds as the game progressed. His curve ball appeared to be his best weapon, finding little contact from Van bats. Allen lasted five innings, allowing one hit and zero runs while fanning ten and walking one in the mercy-rule shortened contest.

Kalen Booth took the loss for Van as the southpaw lasted two innings, giving up 14 runs while striking out three.

Booth only allowed seven hits but issued eight walks in the game, which came back to hurt his cause.

Sherman plated eight runs in the third inning, providing a cushion for coach Jeremiah Pettry’s squad that they would not relinquish.

Alex Kirk and Josh Jenkins plated three RBIs each while Seth Ward, Carter Dunfee, Clay Massey and Jared Butcher drove in a pair each and Noah Boggs drove in one run while going 2-for-2 at the plate with a double and a pair of free passes.

Brady Green got the only hit of the game for Van (0-3) on this evening. Shaun Booth earned the only walk for the Bulldogs.

In game two, Sherman jumped out early again in the first frame, putting 14 runs on the board.

Aiding a double from Boggs and singles from Jarrell and Jenkins, the Tide feasted on eight walks in the inning. The free passes proved to be too much for the Van offense to overcome.

Jenkins homered for the second time on the day and Davy Jarrell mashed his first dinger of the season for Sherman.

Jared Butcher got the win on the hill for Sherman. {span}The hurler surrendered three runs on three hits over three-and-a-third innings, striking out six.{/span}

Shaun Booth, Preston Adams and Josh Marcum mashed RBI hits for the Bulldogs and Brady Green took the loss on the mound.

Sherman hosts Clay County on May 7 and Van will hit the road to Wyoming East on May 8.

The Tide has won six of their last seven games, including a rainout with county rival Scott on April 29. Sherman will play at Scott on May 10 and face Van again on May 6 in Wharton.