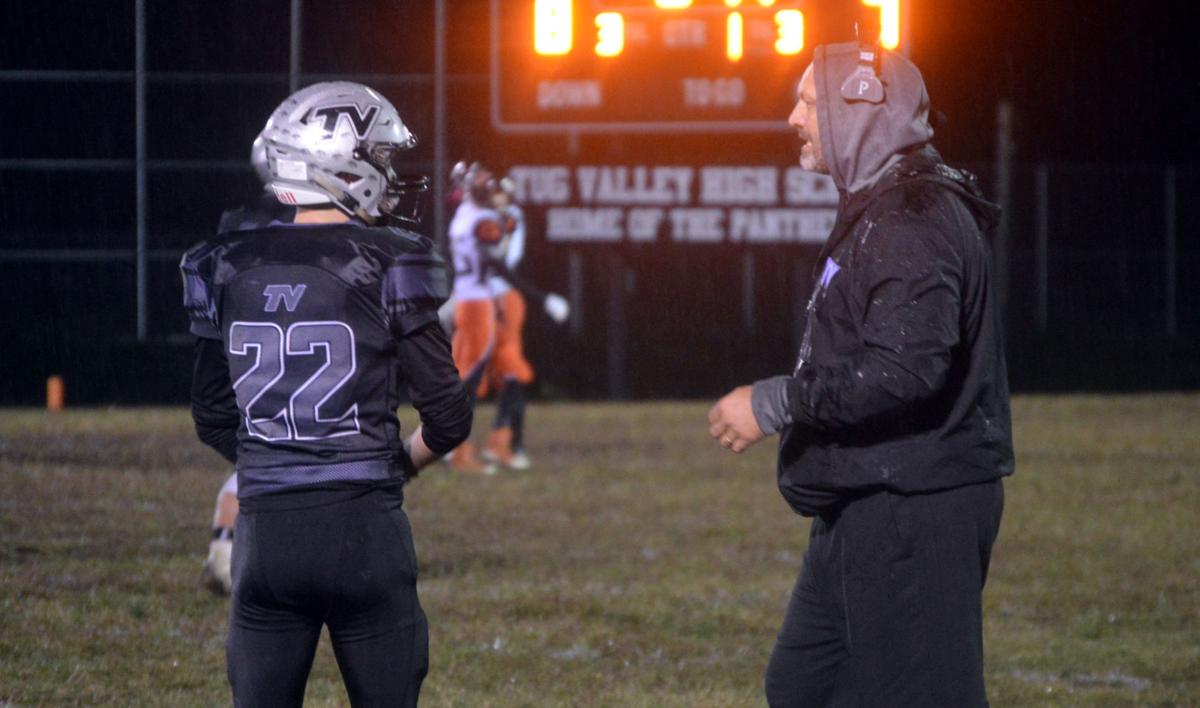 Tug Valley head coach Hady Ford (right) talks to wide receiver Caleb May during a contest in the 2019 season. 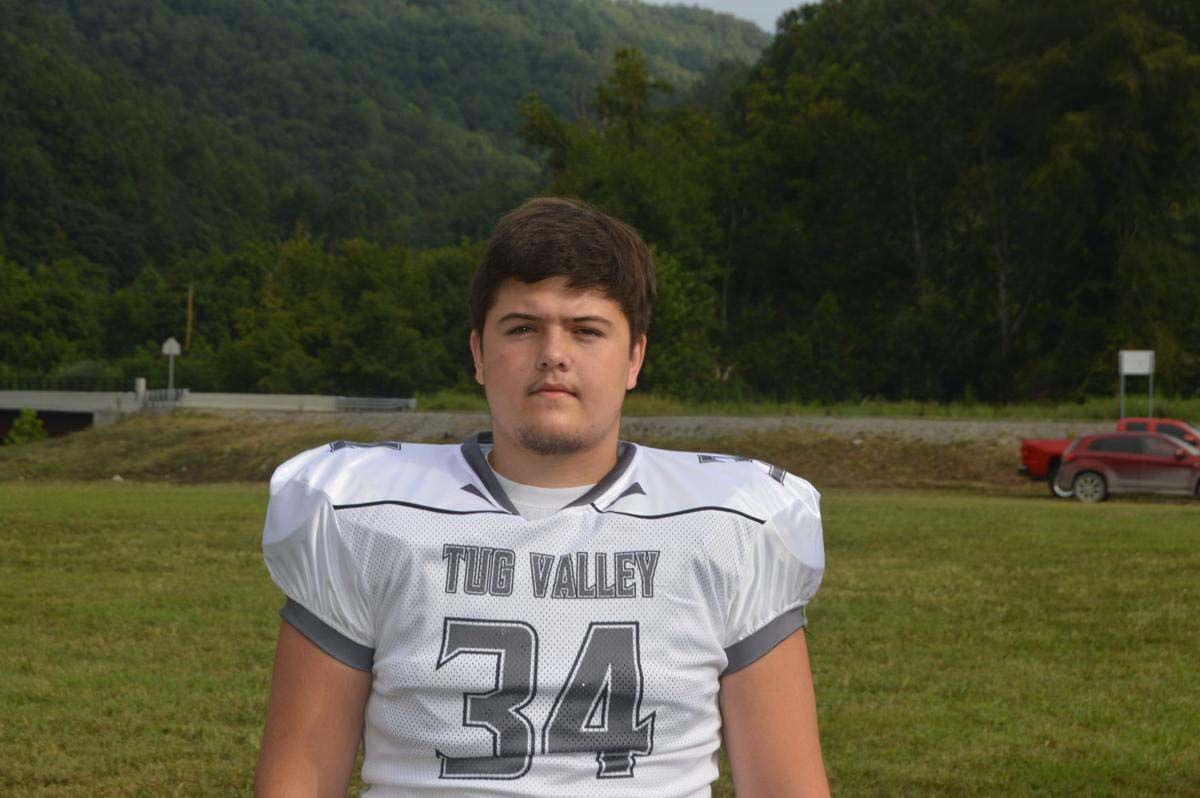 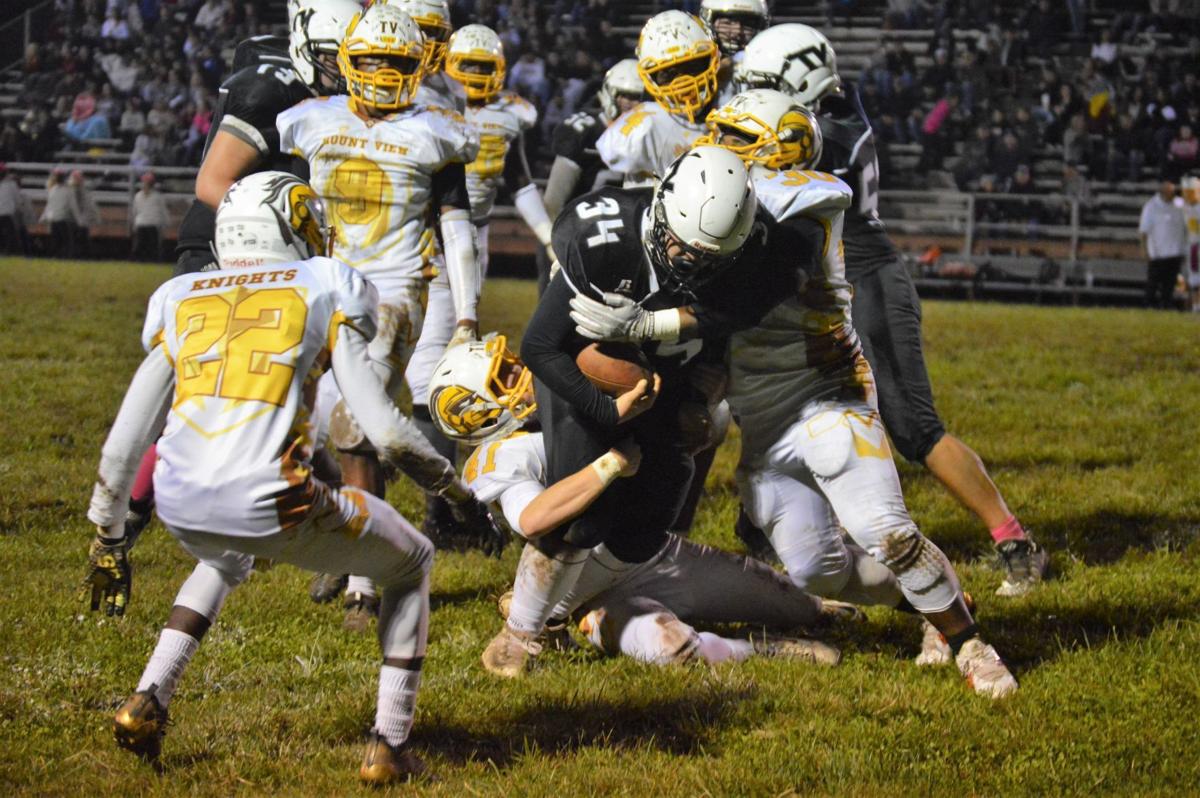 Tug Valley running back Zack Savage plows across the goal line for a touchdown in a game against Mt. View in the 2018 season. 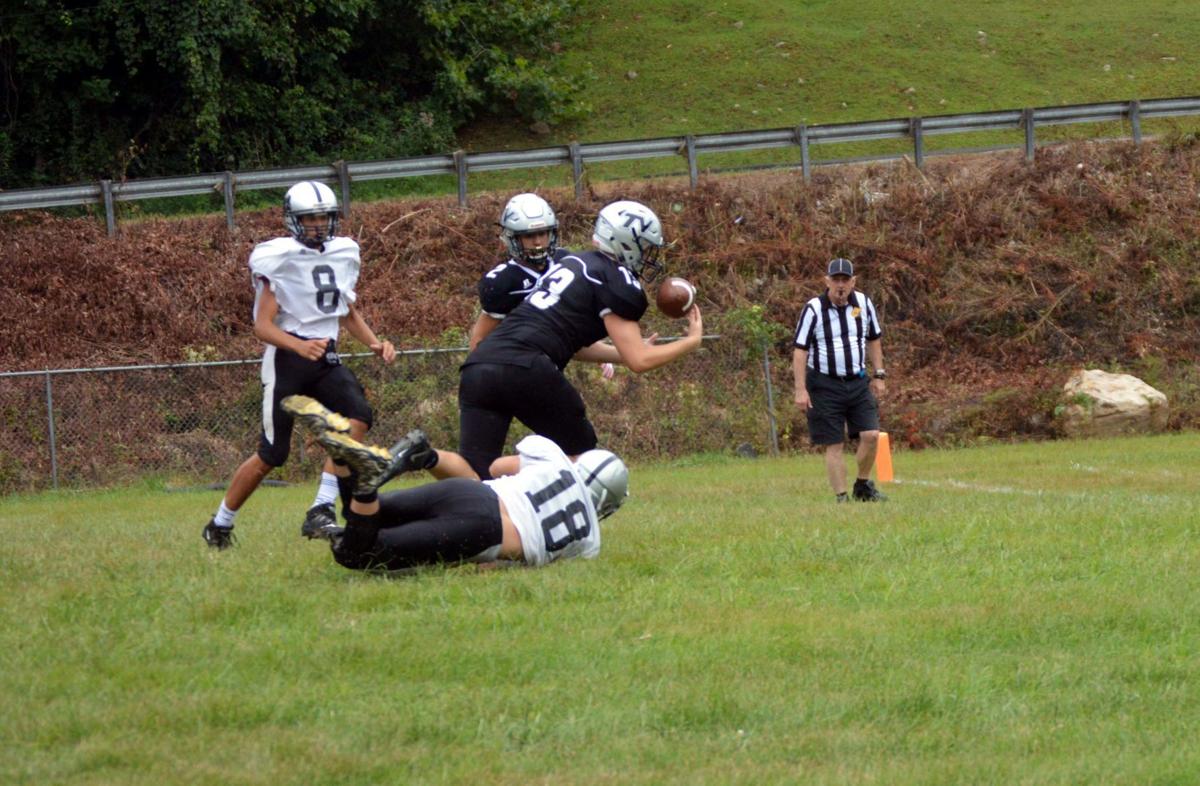 Tug Valley senior Easton Davis makes a juggling catch during a scrimmage prior to the 2019 season. 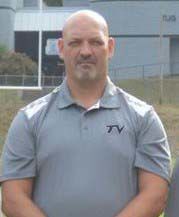 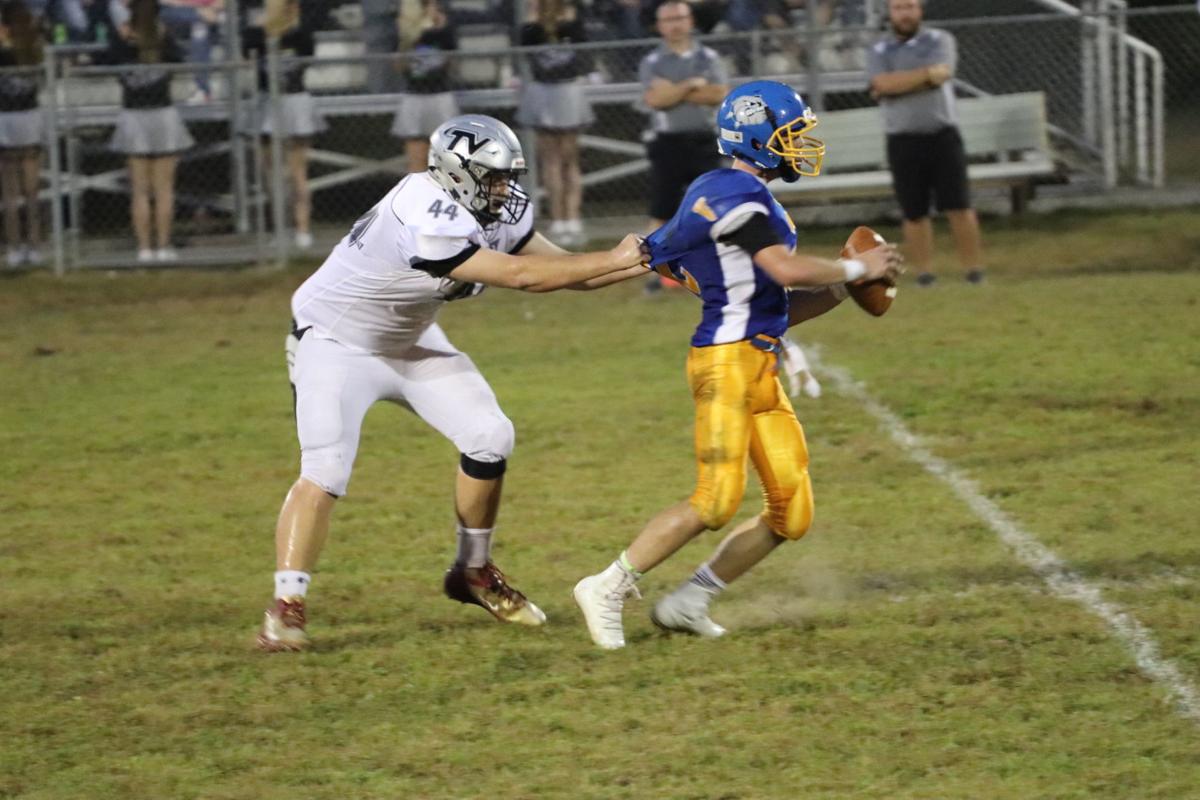 Tug Valley's Ethan Colegrove slings down a Van Bulldog in a game during the 2019 season. 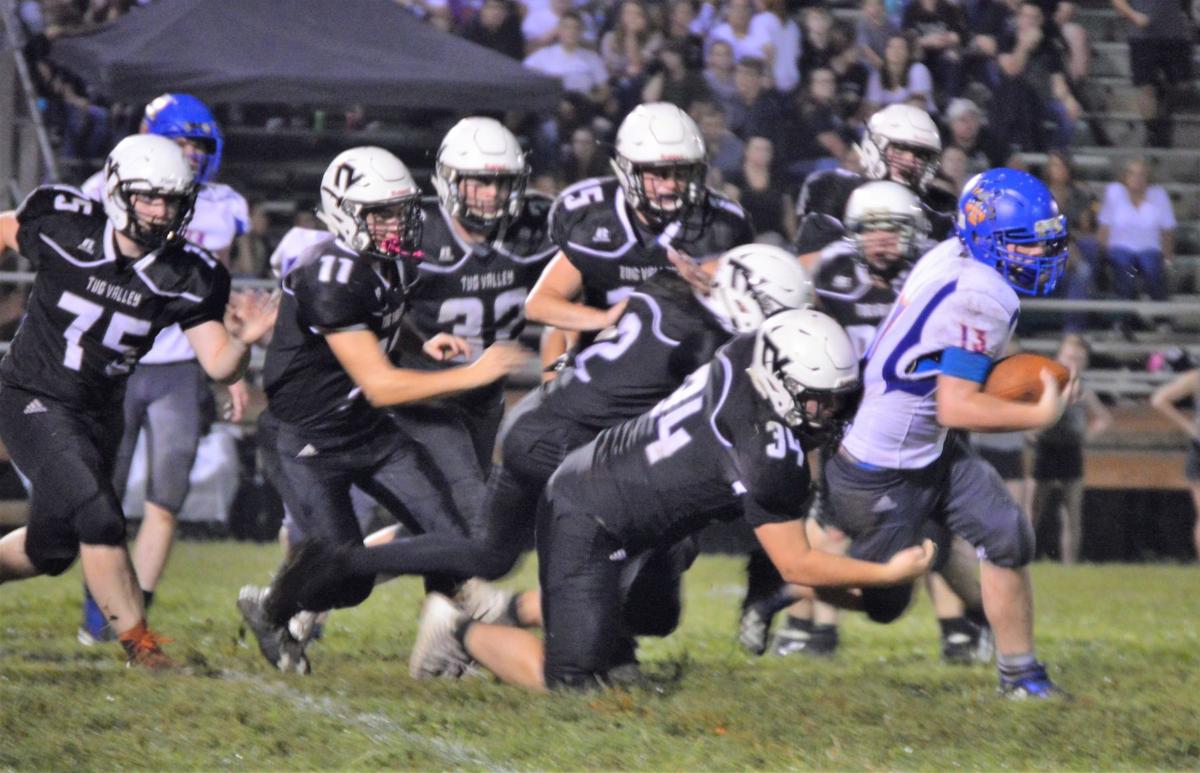 The Tug Valley defense swarms to a ball carrier. 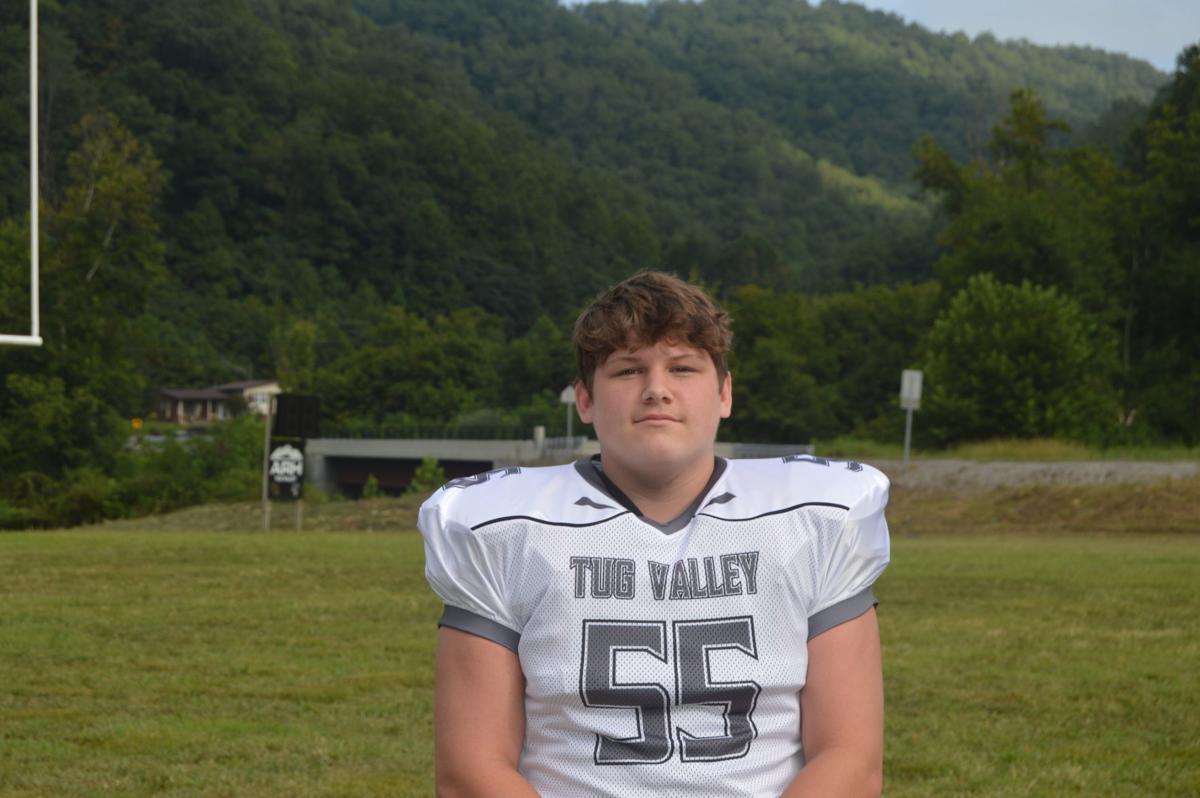 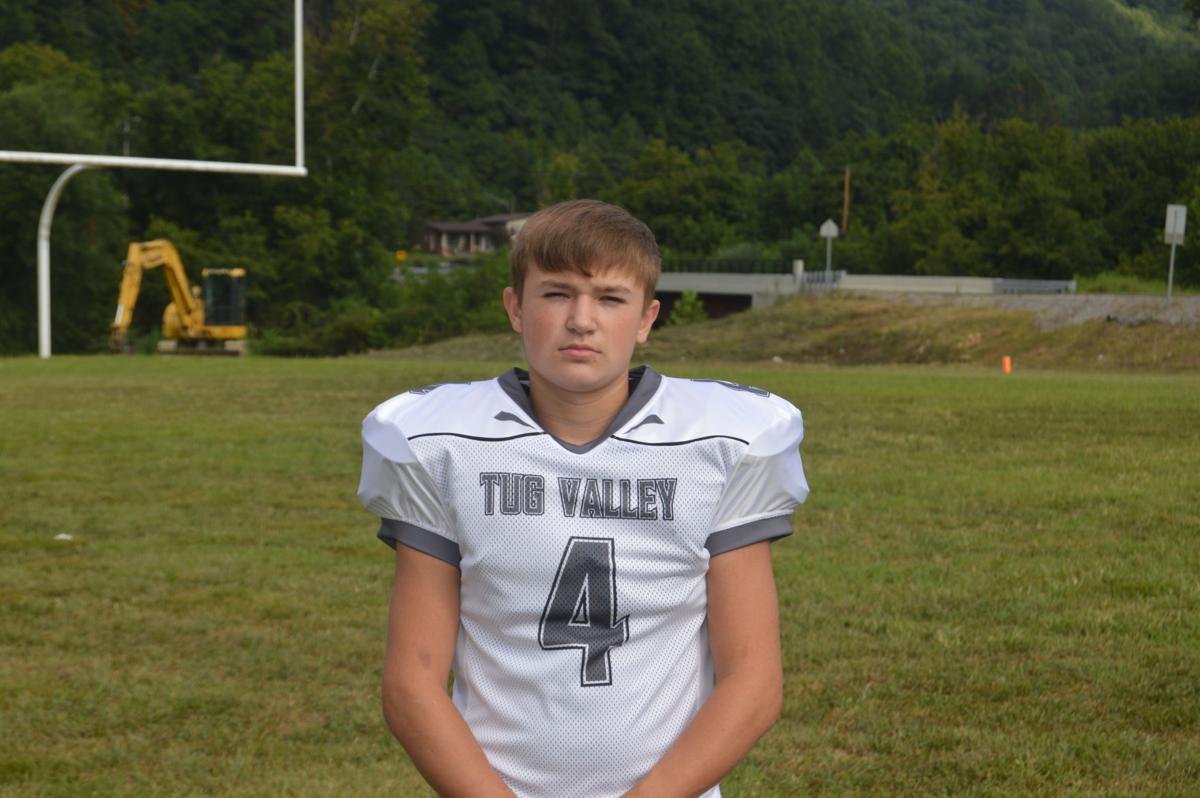 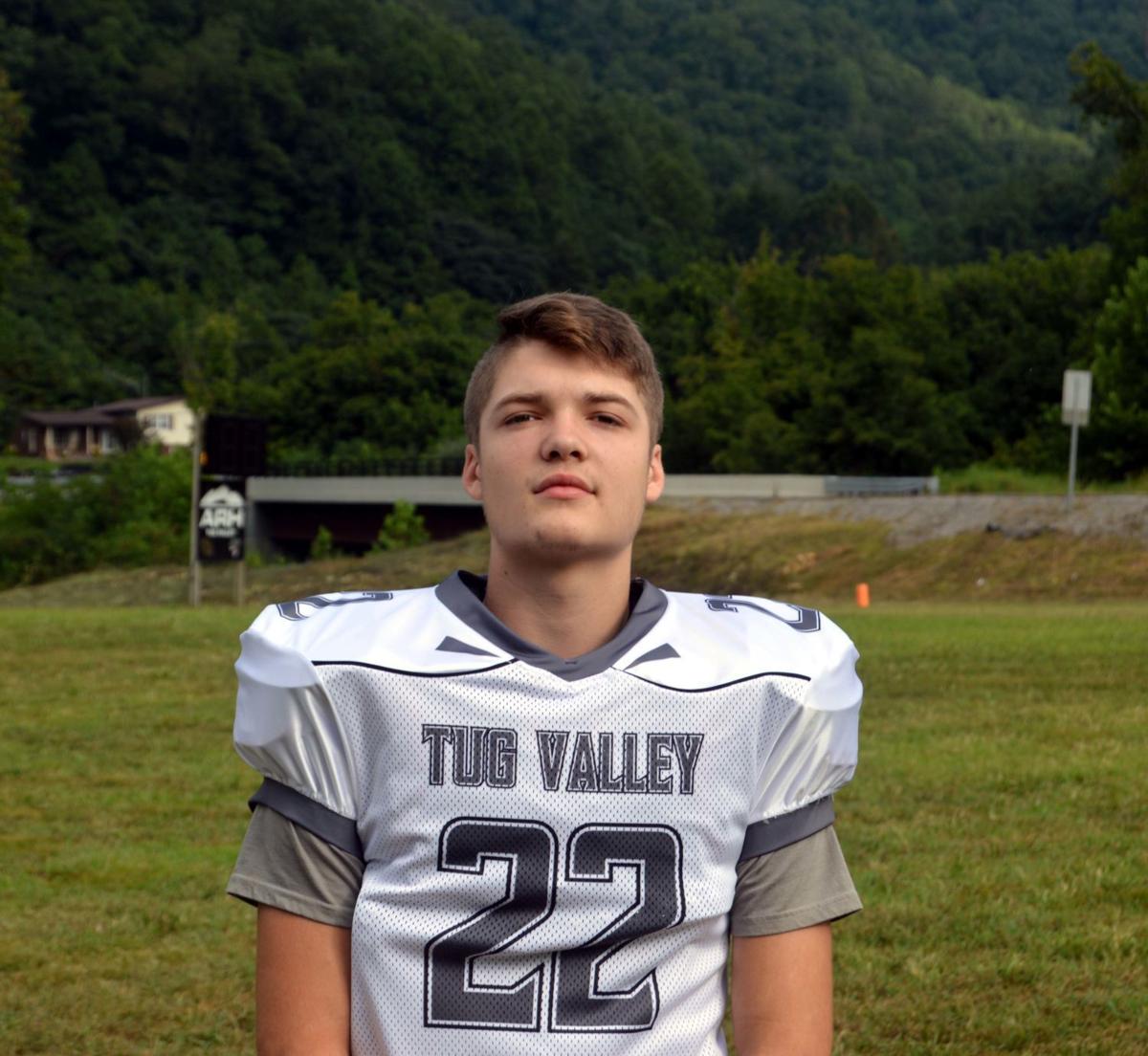 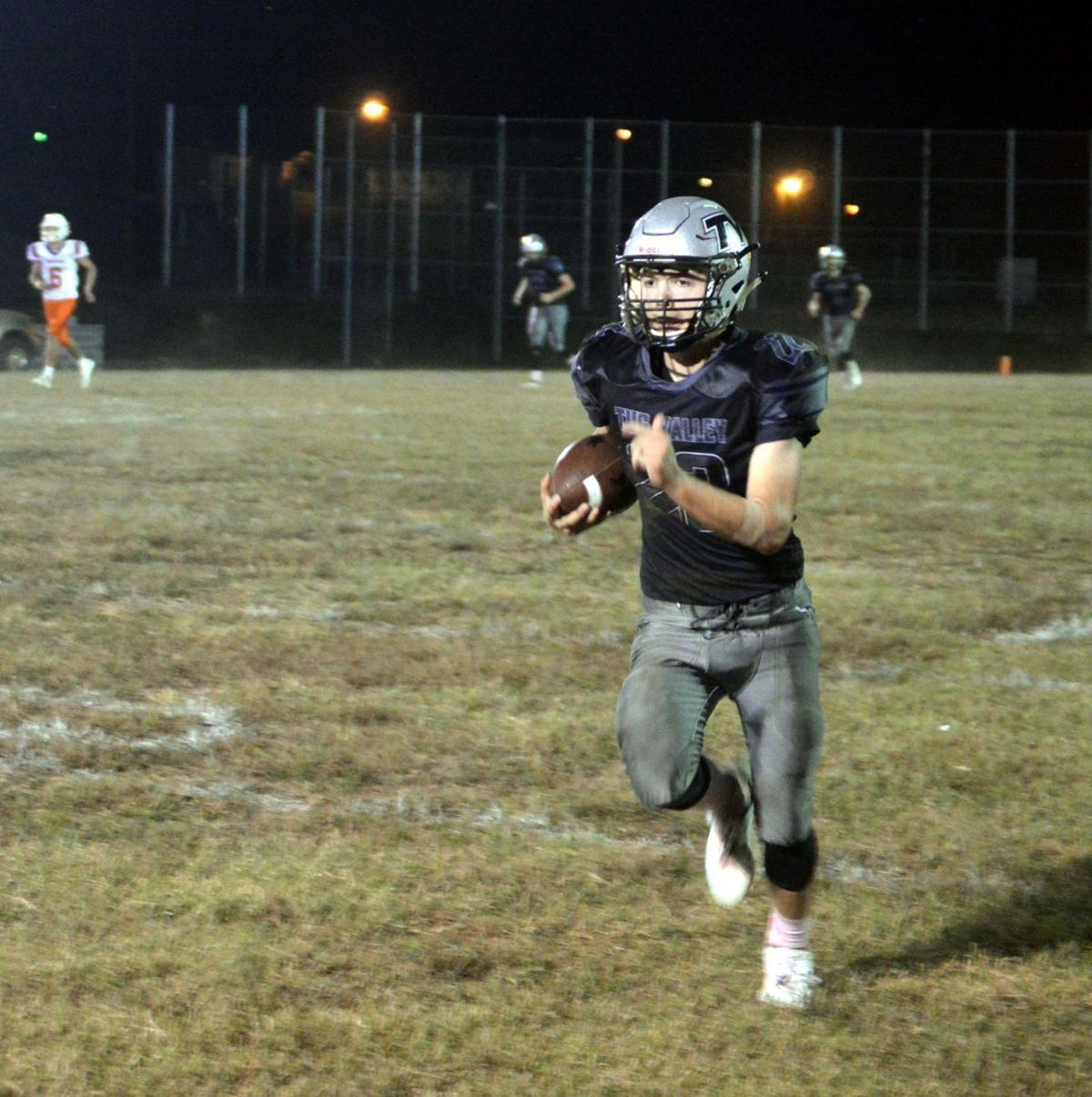 Tug Valley senior Caleb May sprints to the endzone for a touchdown in a game against Richwood in the 2019 season.

Tug Valley head coach Hady Ford (right) talks to wide receiver Caleb May during a contest in the 2019 season.

Tug Valley running back Zack Savage plows across the goal line for a touchdown in a game against Mt. View in the 2018 season.

Tug Valley senior Easton Davis makes a juggling catch during a scrimmage prior to the 2019 season.

Tug Valley's Ethan Colegrove slings down a Van Bulldog in a game during the 2019 season.

The Tug Valley defense swarms to a ball carrier.

Tug Valley senior Caleb May sprints to the endzone for a touchdown in a game against Richwood in the 2019 season.

NAUGATUCK — The Tug Valley Panthers football team was one of the surprise teams in Class A during the 2019 season in the first year of the Hady Ford era.

The silver-and-black ran off a 6-3 regular season and clinched their sixth Class A playoff berth in eight seasons, despite battling low numbers as a team all season long.

The Panthers return several talented pieces from that playoff team, and coupled with some talented additions, they are poised for another playoff run in 2020.

“The guys we have coming back saw the improvement we made last year and they are really feeding off of that coming into this season,” Ford said. “They’ve put in the work in the weight room this off-season and with their energy the younger guys and these other guys are feeding off of that too, so there’s a lot more excitement around the team entering this year compared to last year.”

Tug Valley saw success in 2019 despite playing the entire season with less than 20 total players on the roster, which made it difficult to get the necessary reps in during practice.

That is not an issue in 2020, as TVHS has 31 total players out during the early days of preseason practice.

“Last year for almost the entire year we could only line up and do half of a line of scrimmage in practice. This year we are running full teams out there, doing 7-on-7 drills, and just getting in those valuable reps which has out us ahead I believe of where we were this time last year.

The top returning player for the Panthers is senior wide receiver Caleb May, who was named First Team All-State after he led Class A in every receiving category in 2019.

May hauled in 76 passes for 1,230 yards and 17 receiving scores while also intercepting four passes defensively, returning one for a touchdown, and finishing third on the team in total tackles with 45.

“Caleb has stepped up and been a leader for us this off-season,” Ford said. “I think this is going to be another big year for him. The work ethic is there, the leadership is there, and I feel like with all the new pieces surrounding him will help create more opportunities for him.”

May will have a new target throwing to him in 2019 however as the Panthers will have to find a replacement for First Team All-State quarterback Ethan Varney, who went 141-267 passing for 2,287 yards and 30 touchdowns in only 10 games. He led the state in passing touchdowns in the regular season despite only playing in nine games and was also the Panthers leading rusher.

Coach Ford said that three players have been battling to be the signal caller to start the season, with a new addition coming over from the basketball team, senior Joby Sorrell, currently leading the race.

“Ethan had one of those years last year that is going to be hard to repeat,” said coach Ford. “But Joby looks like the guy that is going to start the first game for us, he’s getting better every week. We have a couple of guys that are pretty close as backups in Easton Davis and freshman Buddy Marcum, those two might see some playing time. But Joby is stepping to the front right now.”

Also returning as a proven play-makers for TVHS is junior Tanner “Boo Boo” Kirk, who contributed 36 catches for 473 yards and six scores a year ago, as well as big targets Ethan Colegrove and Easton Davis who each hauled in four touchdowns apiece. Basketball star Ian Reed also came out for his senior season and is expected to receive some reps on the outside.

Runningback Zack Savage is back in the backfield as a junior after he ran for 448 yards and five touchdowns a season ago, along with being the teams leading tackler defensively.

Speaking of the Tug Valley defense, coach Ford expects improvement out of his defense in 2020, which he says is loaded with speed.

“We’ve got a whole lot of speed on defense this year, its really exciting. I’m looking at our defense and if we come out and play hard, fast, and tough then we have a chance to be a pretty good defensive team this year.”

Coach Ford said that he expects big things out of junior Ethan Colegrove on the defensive line after he transformed his body during the COVID-19 shutdown and shed over 40 lbs. of weight while also raising his bench press and dead-lift.

“I’m expecting a big year out of Ethan Colegrove. He has busted his hind-end in the off-season. He dropped forty lbs. while we were down for COVID, and you can see it, he’s the fifth fastest guy on the team and he’ll be our nose guard. His athleticism is really showing right now.”

Ford said he also expects another big year defensively out of Savage who will also move up to the defensive line and out of Caleb May, who will slide into the middle linebacker role in 2020.

Senior center Shane Russell is the lone offensive lineman returning for TVHS as they were hit hard along the front line by graduation after 2020. Coach Ford said that up front Russell will be complemented by rotation of a freshman, a couple of sophomores, and a couple of juniors.

Just like every other team across the country, the Panthers are having to make adjustments to their daily operations due to the COVID-19 pandemic.

“We are following SSAC guidelines. We can only control what we can control,” Ford said. “I’ve told these guys not to worry about everything going on and we’ll just do our part to make sure that everybody is staying safe and we can hopefully play as many games as possible.”

The silver-and-black had to adjust their schedule due to changes stemming from the COVID-19 pandemic, which has left them with only three home games compared to seven away games.

Tug Valley is scheduled to open the season on the road on Sept. 4 at Sherman and will play their home opener at the friendly confines of Bob Brewer Stadium the following Saturday afternoon at 4 p.m. against Madonna on Sept. 12.

Jarrid McCormick is a reporter for the Williamson Daily News. He can be reached by email at jmccormick@HDMediaLLC.com.

Jarrid McCormick is a reporter for the Williamson Daily News. He can be reached by email at jmccormick@HDMediaLLC.com.