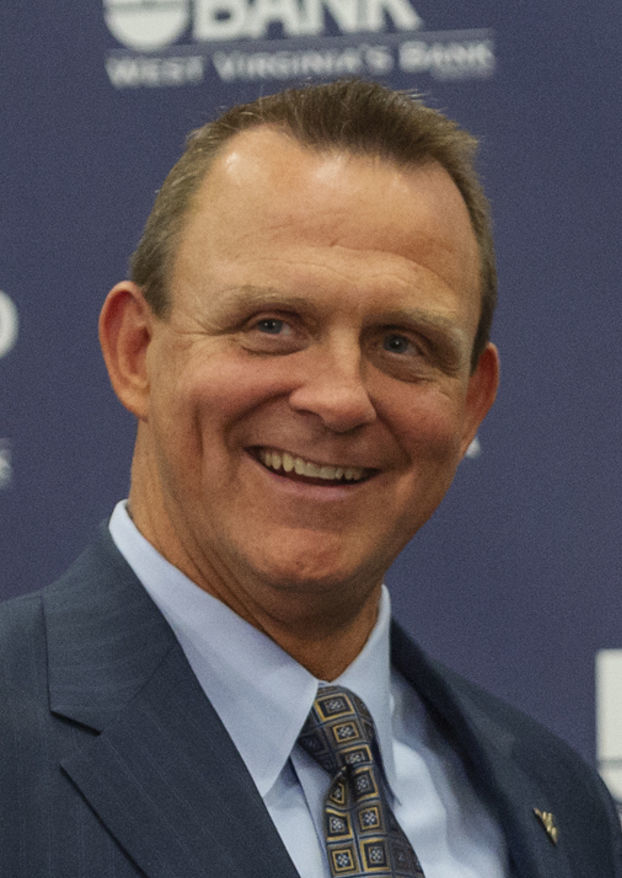 The nation’s Division I college athletic directors don’t just want the 2020 football season, they know they need it for the sake of their respective coffers.

Regardless of how many millions of dollars each college collects in revenue — whether it’s Louisiana-Monroe’s $15.5 million in 2018 or LSU’s $145.4 million the same year — the millions made from every football season make up the lion’s share.

“Our biggest revenue stream for our athletic department is through our football program,” West Virginia University AD Shane Lyons said.

So all those ADs remain optimistic that football kicks off sometime next season, that it isn’t completely erased by the coronavirus pandemic that leaves thousands more ill with each new day and remains without a vaccine. They literally can’t afford the alternative.

Yet that optimism is balanced with realism. As much as colleges and their conferences would love the season to start on time, they won’t risk it at the expense of the health of their players and fans. So while a fall kickoff and a full season are atop their wish lists, they aren’t ruling out modifications. For them, a partial or rescheduled season is much better than no season at all.

Athletic directors already feel the pandemic will carve a significant chunk out of their 2020-21 budgets. The LEAD1 Association, which represents the 130 ADs of the Football Bowl Subdivision, surveyed more than 100 of those ADs last week, and more than 60% of those surveyed expected a decrease of at least 20% in their 2020-21 budgets. Thirty-five percent surveyed predicted a decrease of at least 30%.

That number would jump if a 2020 football season doesn’t happen.

“Football is the unknown,” one AD surveyed said.

Why it is unknown is because of another unknown. No one knows for sure what the landscape will look like when college football is scheduled to begin in August. Current models suggest the spread of the new coronavirus will peak in May, yet new information appears nearly every day to alter expectations.

“People tell us it’s six to eight (weeks), some say 10 to 12,” Big 12 Commissioner Bob Bowlsby said last week. “Some say we’re going to get a rebound. I just don’t think there’s a lot of credibility to putting together anything other than very rudimentary plans.”

Marshall University Athletic Director Mike Hamrick concurs that planning too far ahead is ineffective, considering the variables at play.

“I go hour to hour instead of day to day right now,” he said.

There are plenty of options on the table. If it’s safe, schools could begin the football season in August as scheduled. They could play truncated schedules instead of full ones. They could move the season to a different part of the year. They could play in the fall without fans in the stands. Or they could cancel the season altogether.

While that money comes from broadcasting multiple sports, football drives the bus. If the games don’t happen, broadcasting partners won’t be so willing to part with their millions for dead air.

Games in empty stadiums would be a better alternative, but not much better. In 2018, WVU earned more than $17 million in ticket sales from all sports. Marshall earned $3.1 million that year. Again, football tickets made up the majority of those sales. WVU averaged more than 58,000 fans at 2018 home games. Marshall averaged more than 24,000.

That’s one reason, among others, that University of Pittsburgh AD Heather Lyke told reporters this week that empty-stadium games wouldn’t work.

“If we’re playing the game, I think we’ll be playing it in front of fans,” Lyke said. “If there’s a concern about human contact, we wouldn’t be playing the game. With social distancing, if those orders are still in place in the fall, we won’t be having games as we know them now. So I don’t anticipate playing games without fans. … When you think about coaches and student-athletes playing a game with no one there, there’s something definitely missing.”

Conferences could decide to play shortened seasons, possibly sticking with conference-only slates. The key there, Bowlsby said, is for all conferences to be in agreement as to how many games everyone will play.

That also would come with drawbacks. A conference-only season robs teams of lucrative non-conference matchups — neutral-site games worth seven figures, and guarantee games where teams from smaller programs get a check to travel to take on powerhouses. For many small programs, that check, usually more than $1 million, makes a big difference in the budget.

Hamrick cautioned that it’s not only the visitor in that guarantee game that gets hurt financially. The home team takes a hit, too. After all, no team would offer a million dollars or more if it wasn’t guaranteed millions more for the home game.

“If Ohio State gives someone a $1.5 million guarantee, you know they’re making another $8, $9, $10 million themselves,” he said. “So they’re out the money. Not only will that hurt the Group of 5, that’ll hurt the teams all passing out the big money.”

Marshall doesn’t have such a guarantee game on the 2020 slate, but losing the non-conference portion of the schedule would be just as bad. The Thundering Herd hosts both Pitt and Boise State before Conference USA play begins.

If a full fall season can’t happen, Hamrick endorses moving the season to the spring. Perhaps football would begin in February and last through May. Some logistical issues — like overhauling the bowl slate — would complicate matters, but that would be the price to pay to ensure the 2020 football season could be pulled off safely.

“We have to do everything we can in the next year, whether it’s fall or spring, to play college football,” he said.

So college athletic officials, from the NCAA level to the conference level to the individual school level, will continue closely monitoring the pandemic’s progress, getting ready to at some point make a decision on when, or if, the 2020 football season happens. They’re hopeful the operative word remains “when” and not “if.” If colleges are forced to decide whether to cancel the season, the revenue hit would lead to new — and much more dire — choices.

“If the money goes away,” Bowlsby said, “it will certainly necessitate difficult decisions.”