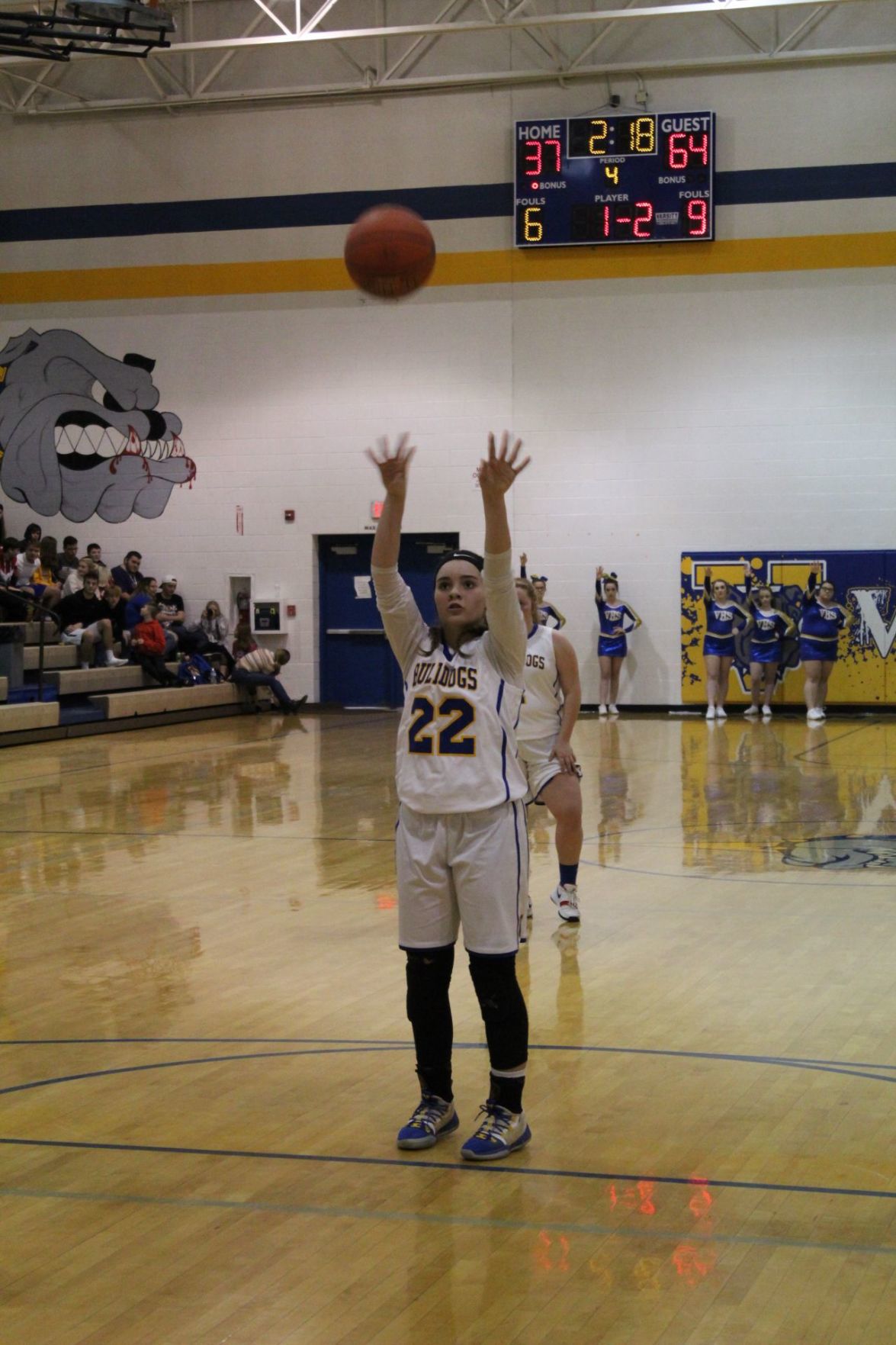 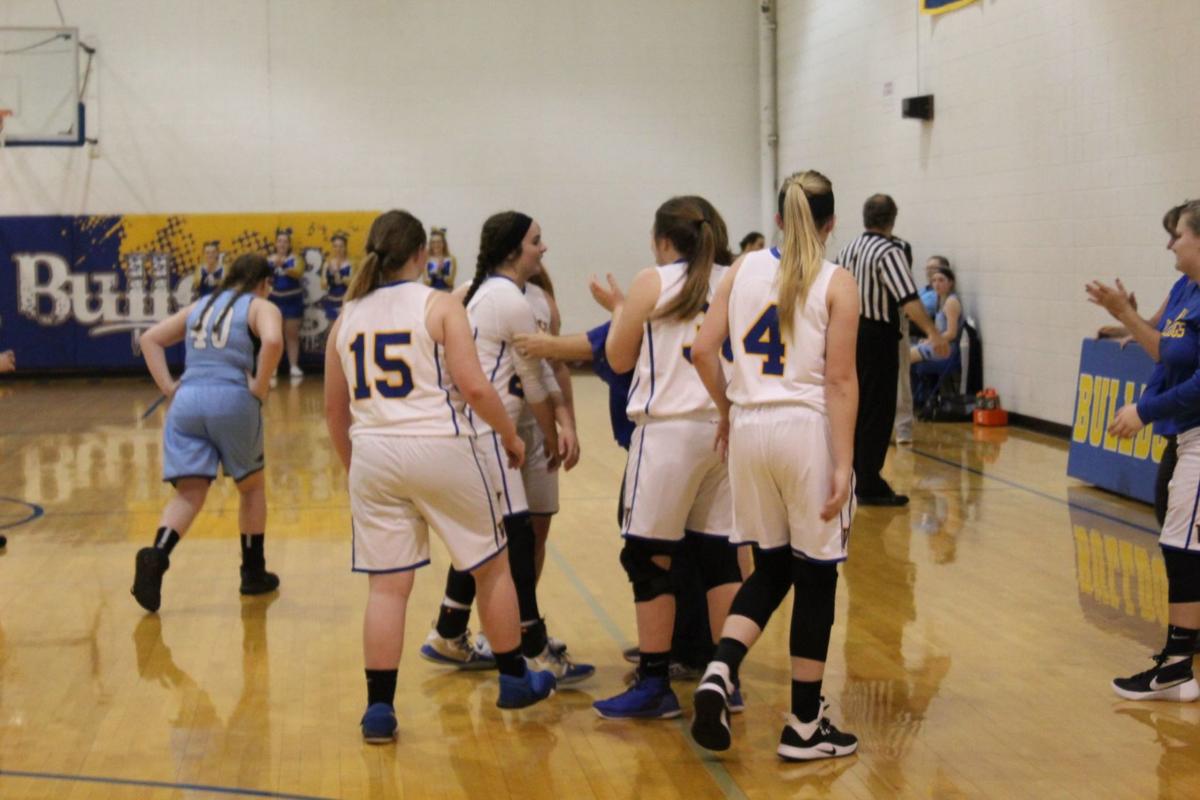 Karlie LaFauci’s Van teammates congratulate her after she scored her 1,000th point during the game against Lincoln County.

Karlie LaFauci’s Van teammates congratulate her after she scored her 1,000th point during the game against Lincoln County.

While the team knew facing LCHS would be another challenge, anticipation grew for another big event: Van senior Karlie LaFauci had the chance to score her 1000th point in front of the home crowd.

With 985 career points before the game’s start, she would have to score 15 against their difficult opponents to hit the mark.

Lincoln County wasted no time in taking a dominant lead, hitting 22 points before the first quarter was over.

Sophomore Kenley Kveton and junior Kiaura Henderson led the Lady Panthers in scoring with 6 points each, though shots were made by every member of the visitors’ starting lineup.

LaFauci opened up scoring for Van, but only managed 2 in the first half with the heavy defensive pressure LCHS put on her. She, senior Kensley White, Sophomore Alyssa Sampson, and freshman Emma Wilcox combined to score 10 for Van.

The second quarter proved harder still, with 8 points made against Lincoln’s 13 to keep Van down 35-18. LaFauci managed another 2 points to inch closer to her milestone with 11 points to go. The gap between teams would not be closed, but the senior did not quit.

LaFauci scored another two in foul shots over the third quarter, and held onto the ball enough in the fourth that she made 8 points to reach 999. One last visit to the foul line, and the four-year starter managed that last point to go down in the school’s record books and draw cheers from the team and all of the home crowd. Though the game ended 68-41, Van did accomplish a closer game in comparison to their first meeting with the powerhouse Lady Panthers team.

After the game, an ecstatic Coach Stephanie LaFauci talked first about the team.

“With being about ten games in, we’re doing a lot of things better than we did at the beginning of the year… we lost by 27, but I promise you will see Lincoln County High School deep in the postseason.”

She commended the type of team playing under LCHS coach Randy Adkins, and said she was pleased with the way the team responded to that challenge.

On the subject of Karlie’s milestone, the coach expressed that she is proud of the way the senior has worked to set and meet her goals. After scoring 179 points in her freshman year, Karlie said she needed to improve her game if she was to finish what she set out to do. Her 1000 points are now written proof of her hard work.

LaFauci led Van with 15 points, and was followed closely behind by Emma Wilcox with 12 and Alyssa Sampson with 10. Lincoln County junior Natalie Fout led her team with 15 points, followed by Kveton with 13 and Henderson with 12.