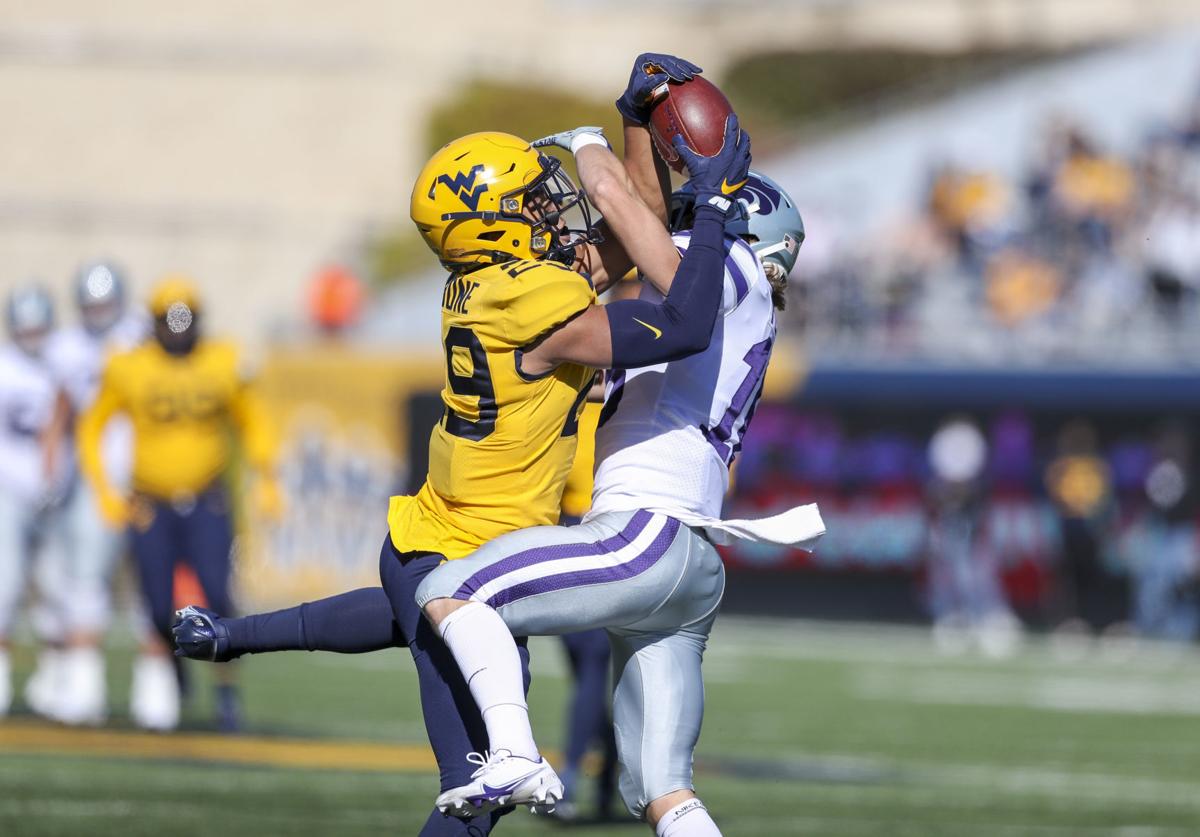 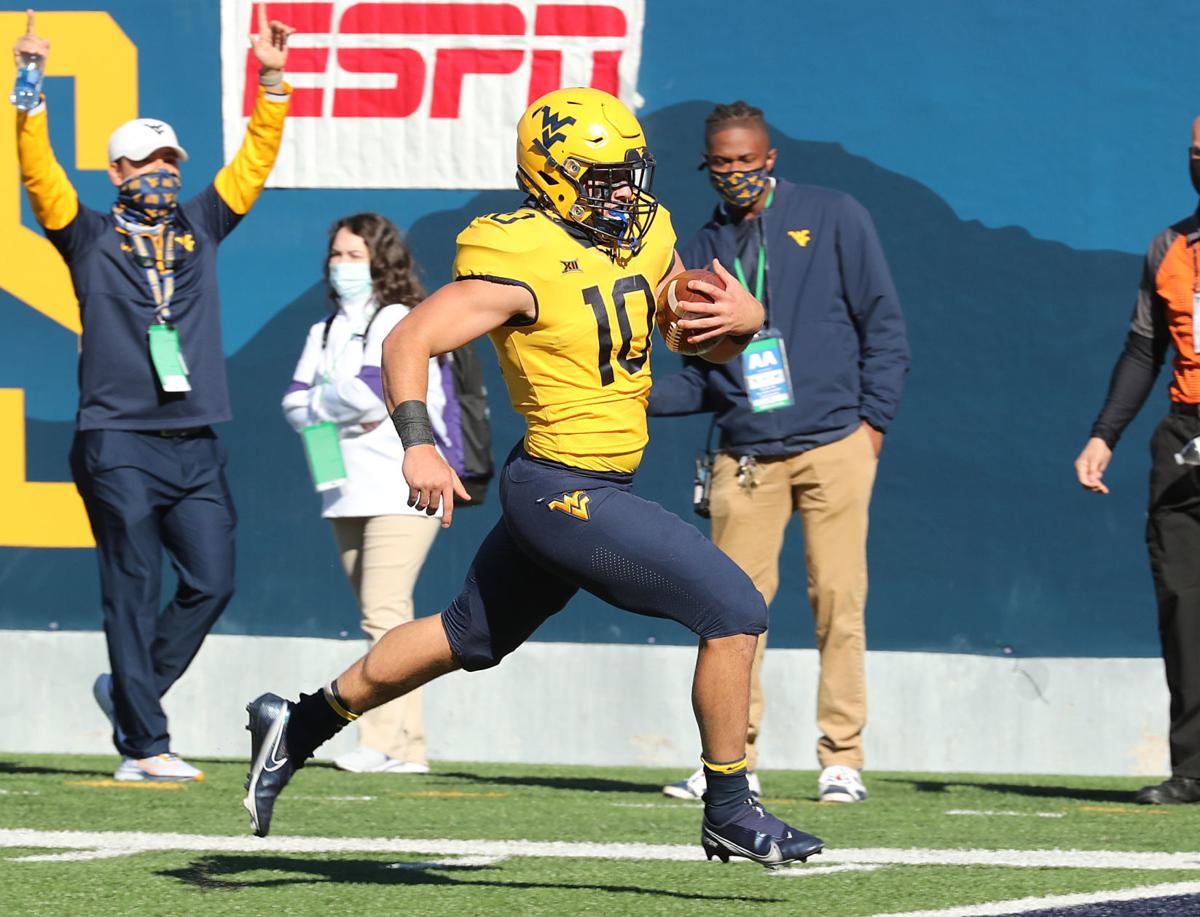 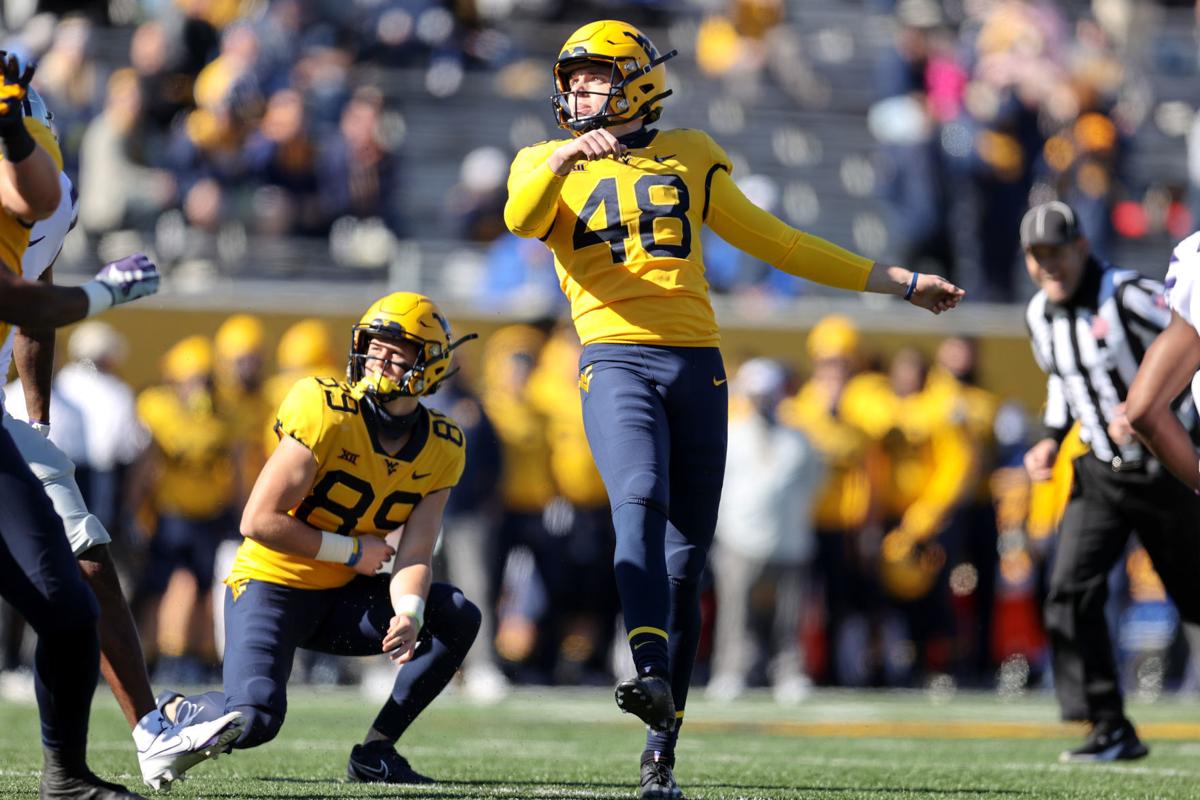 WVU kicker Casey Legg (48) converts on an extra point during the second quarter against Kansas State. Graeson Malashevich (89) is the holder. 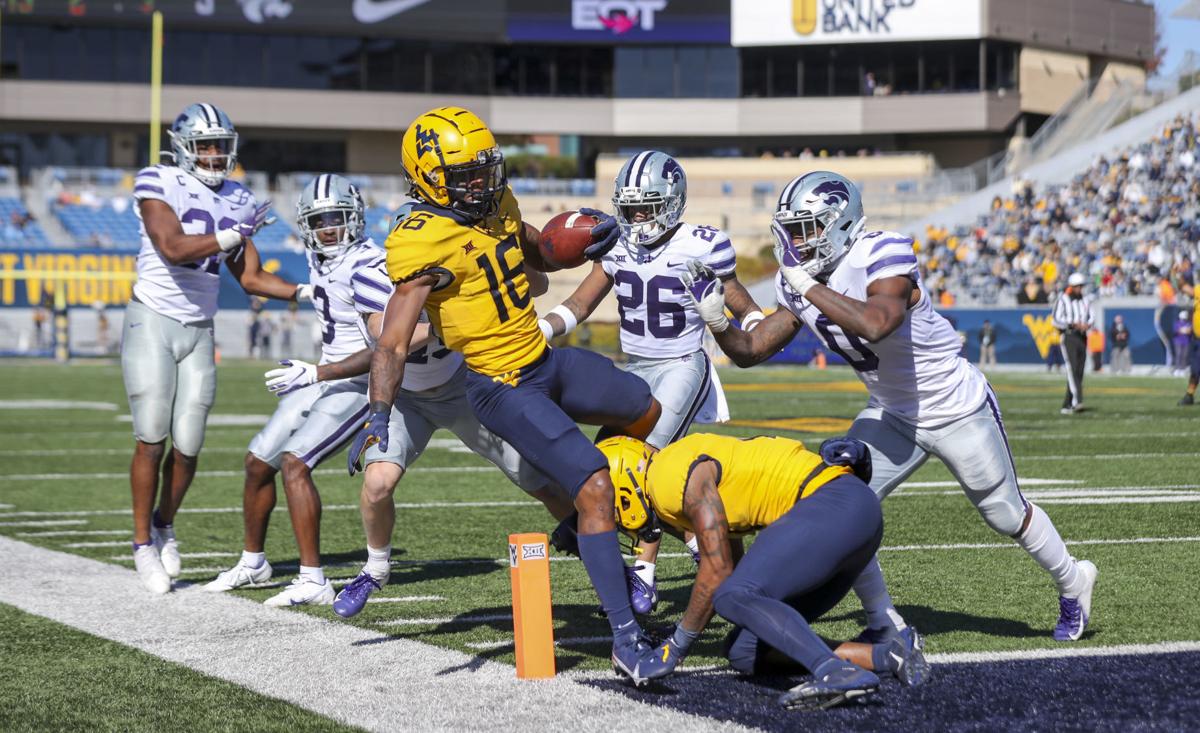 WVU kicker Casey Legg (48) converts on an extra point during the second quarter against Kansas State. Graeson Malashevich (89) is the holder.

MORGANTOWN — Only time will tell if Saturday was a definitive turning point in the West Virginia football program.

After a characteristically slow start, the Mountaineers looked like a different football team, albeit without the help of a Halloween costume.

WVU converted offensively after the first quarter, minimizing mistakes while riding a stingy defense in a convincing 37-10 win over No. 16 Kansas State at Milan Puskar Stadium on Saturday in front of an official crowd of 10,441.

Three straight touchdown drives in the second quarter turned a 3-3 affair into a blowout. The score was never closer than 14 from there out.

“Really proud of our staff, thought they had a great plan in all three phases,” WVU coach Neal Brown said. “Thought our players competed and I told them all week, ‘That’s how you’re going to be evaluated on how you compete.’ Just thought they had a very business-like approach from the beginning.

“Without a doubt that’s the most complete game we’ve played in our two years and I’m just proud.”

Defensively, West Virginia resembled the team that entered last week’s 34-27 loss at Texas Tech ranked No. 1 in the country in yards allowed per game. The Mountaineers neutralized nearly everything Kansas State had done all season, which led to a 485-225 yardage advantage for WVU in the game.

Running back Deuce Vaughn, who entered ranked sixth in the league in rushing at 61.8 yards per game and second in receiving at 72 yards per game was held to 23 yards on 11 combined touches. Tight end Briley Moore, who led the team in receiving caught just two balls for 37 yards in the first half before exiting with an injury.

On top of that, WVU added a defensive touchdown after Bridgeport-product Dylan Tonkery picked off a screen-pass attempt in the third quarter and trotted 18 yards to the end zone to make the score 34-10.

“So happy for Tonkery to get that in the end zone, one of our very own so that was a great moment,” Brown said. “I just thought we were physical and played with a lot of energy and I know that sounds simple, but a lot of times on defense if you’re physical and you fly around you’ve got a chance.”

Offensively, WVU did a better job of stretching the field vertically as well as quarterback Jarret Doege hit on four throws of over 20 yards including a 58-yarder to Bryce Ford-Wheaton in the second quarter that kickstarted the offense.

Junior running back Leddie Brown (24 carries, 102 yards, touchdown) went over 100 yards for the fourth time in six games, eight different receivers caught a pass and the Mountaineers were a 9 for 18 on third-down conversions and 5 for 5 in the red zone.

After a week of questions and social-media ridicule stemming from a performance at Texas Tech in which Mountaineer receivers had six drops, there were none of note on Saturday with the only one in question being negated by a defensive penalty. Bryce Ford-Wheaton led all receivers with 104 yards on three catches.

“We’re going to play with a chip on our shoulder for the rest of the year and remember what people were saying about us,” Ford-Wheaton said of the past week. “We caught probably more balls this week than any other week, but we were really doing a lot of the same stuff. I think a lot of the drops just have to do with focus and we were just focused on the ball and trying to secure it all the way to the tuck.”

It was a slow start for both teams as both defenses were able to turn the opposing offense back inside the 5-yard line, leaving the game in a 3-3 tie after the first quarter.

But early in the second, Doege hit Ford-Wheaton on a slant route and the lanky wideout rumbled down to the Kansas State 7-yard line. It led to a 5-yard touchdown throw from Doege to Ali Jennings to give West Virginia a 10-3 lead.

After a Kansas State punt, the Mountaineers were back on the offensive, literally, traversing 51 yards on six plays capped with a 9-yard Leddie Brown scoring run to up the lead to 17-3. After the WVU defense stopped the Wildcats again, a suddenly hot Mountaineer offense drove 69 yards on four plays with Doege hitting Winston Wright on a 15-yard touchdown throw.

Kansas State would get some of it back on a late 35-yard touchdown throw from Will Howard to Malik Knowles, but that would be the last points for the Wildcats as the teams entered the break with WVU leading 24-10.

Deoge went 22 for 34 for 302 yards with a pair of touchdowns and no interceptions. Alec Sinkfield added 85 yards on 12 carries. Kickers Casey Legg and Evan Staley combined to hit 3 of 4 field goals for WVU.

For Kansas State, Howard completed 19 of 37 passes for 184 yards with a touchdown and three picks.

Dreshun Miller had five pass breakups for the Mountaineers while Tony Fields led the way with 15 tackles.