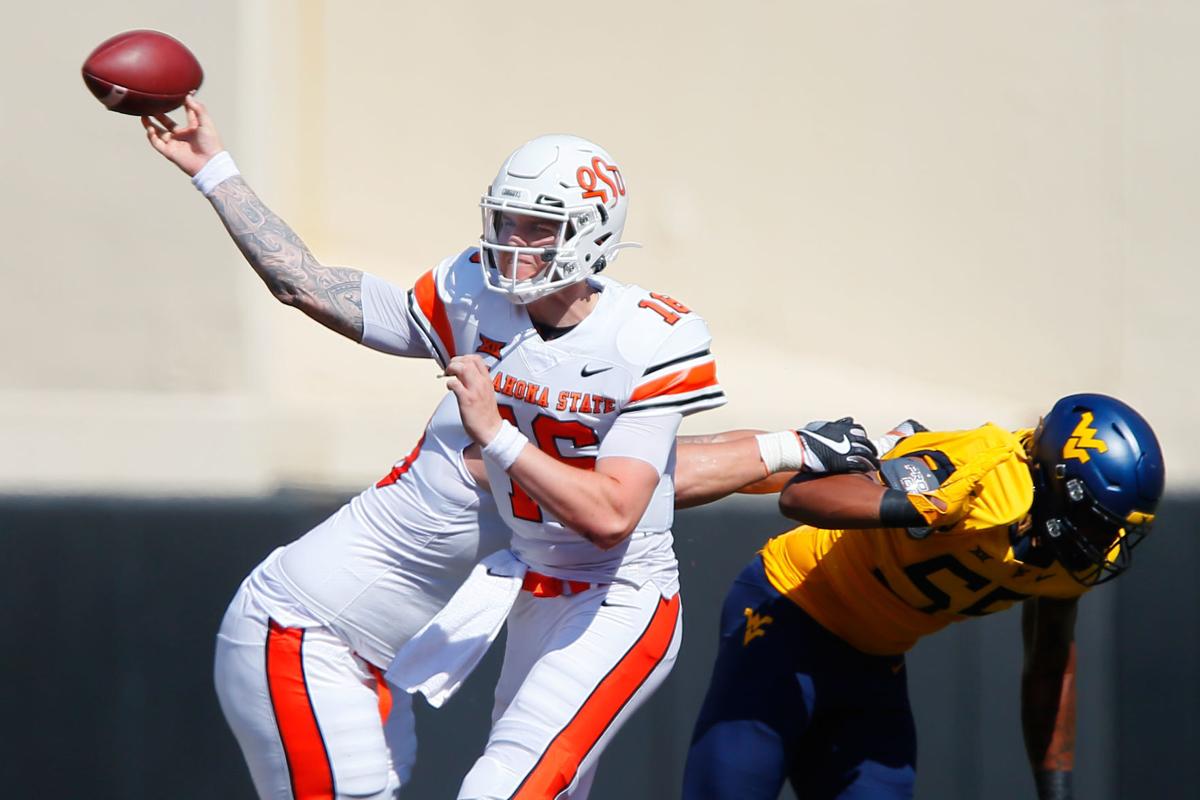 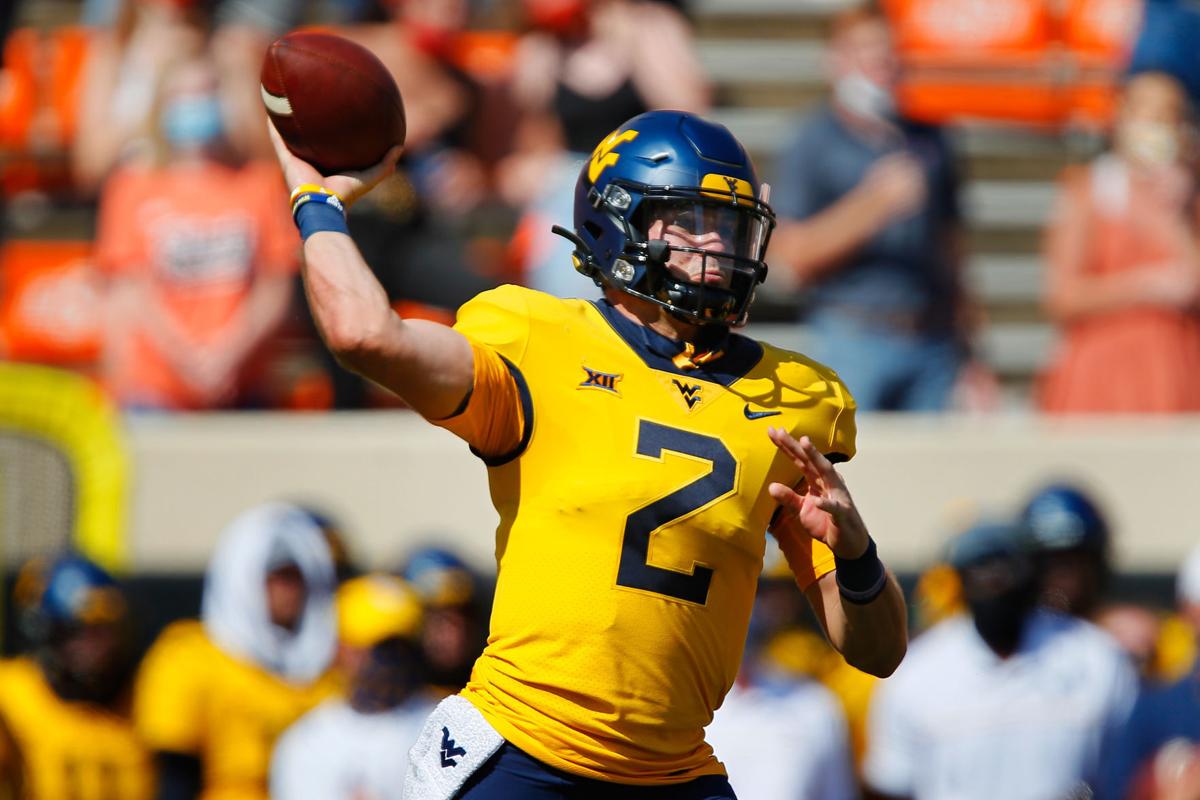 Quarterback Jarret Doege #2 of the West Virginia Mountaineers throws against the Oklahoma State Cowboys in the first quarter on Sept.26 at Boone Pickens Stadium in Stillwater, Oklahoma. 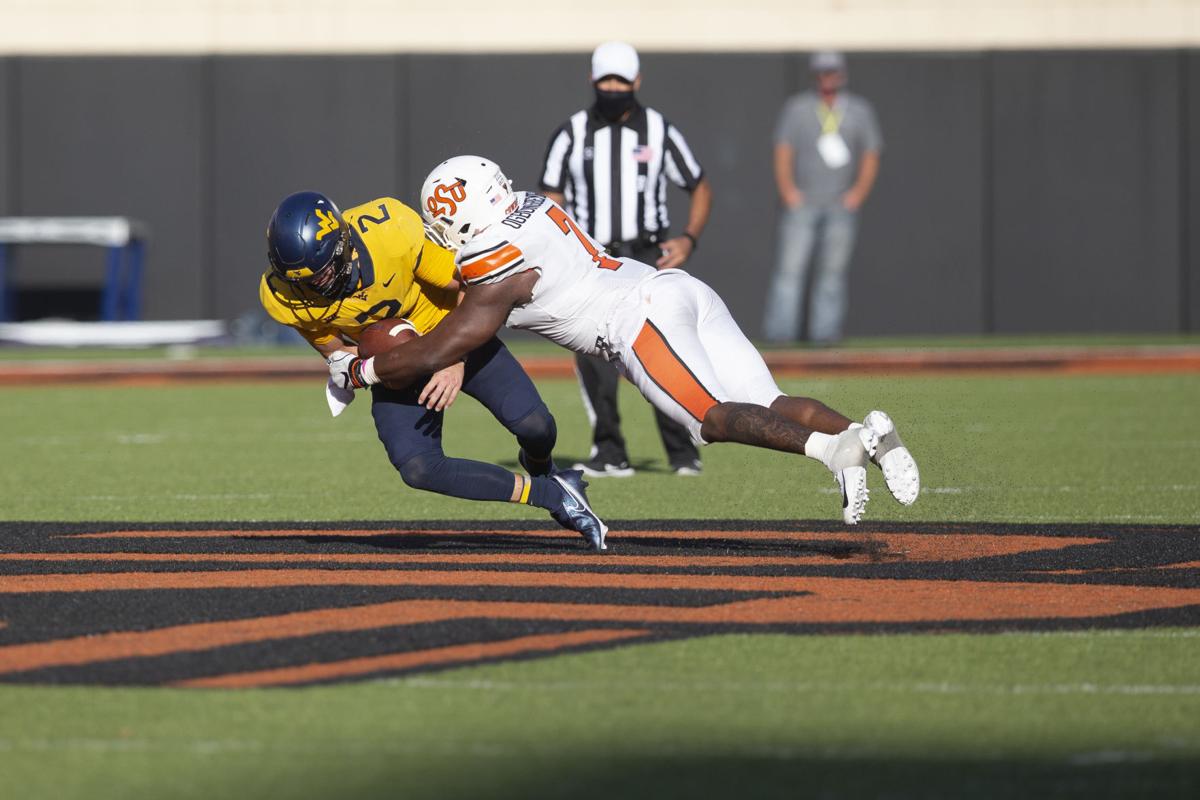 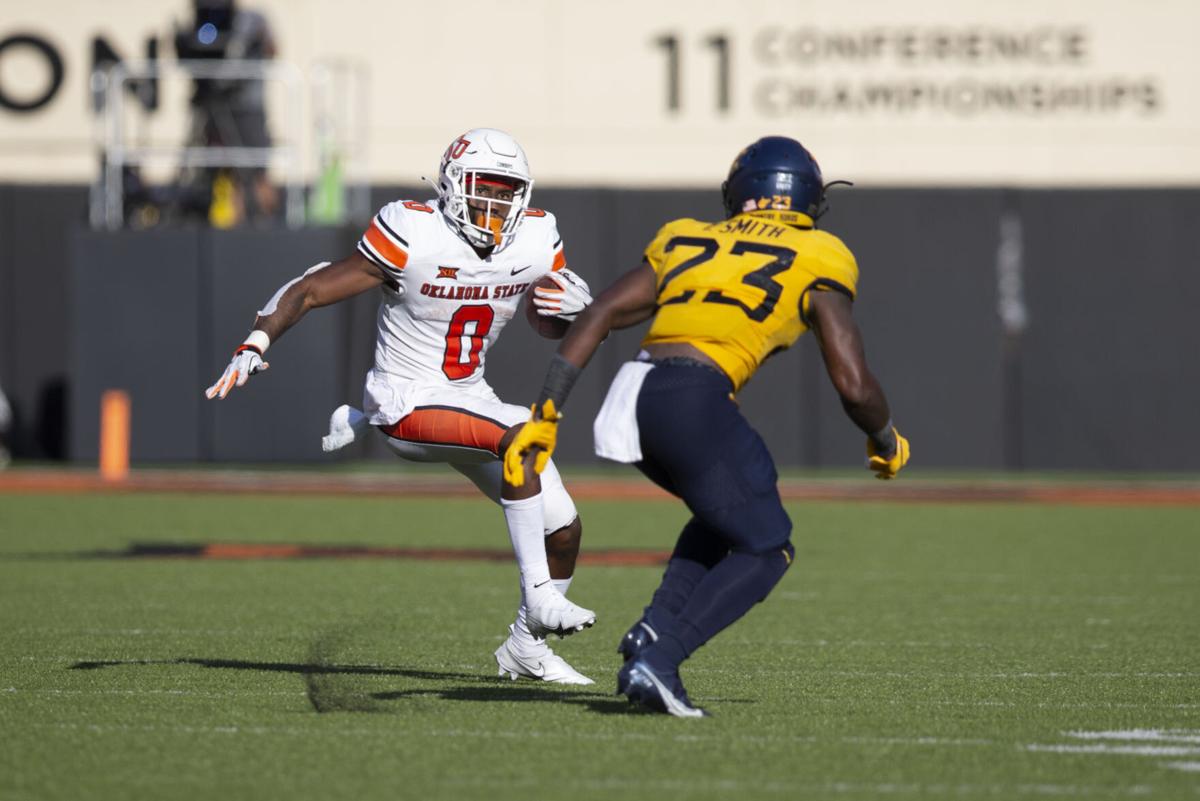 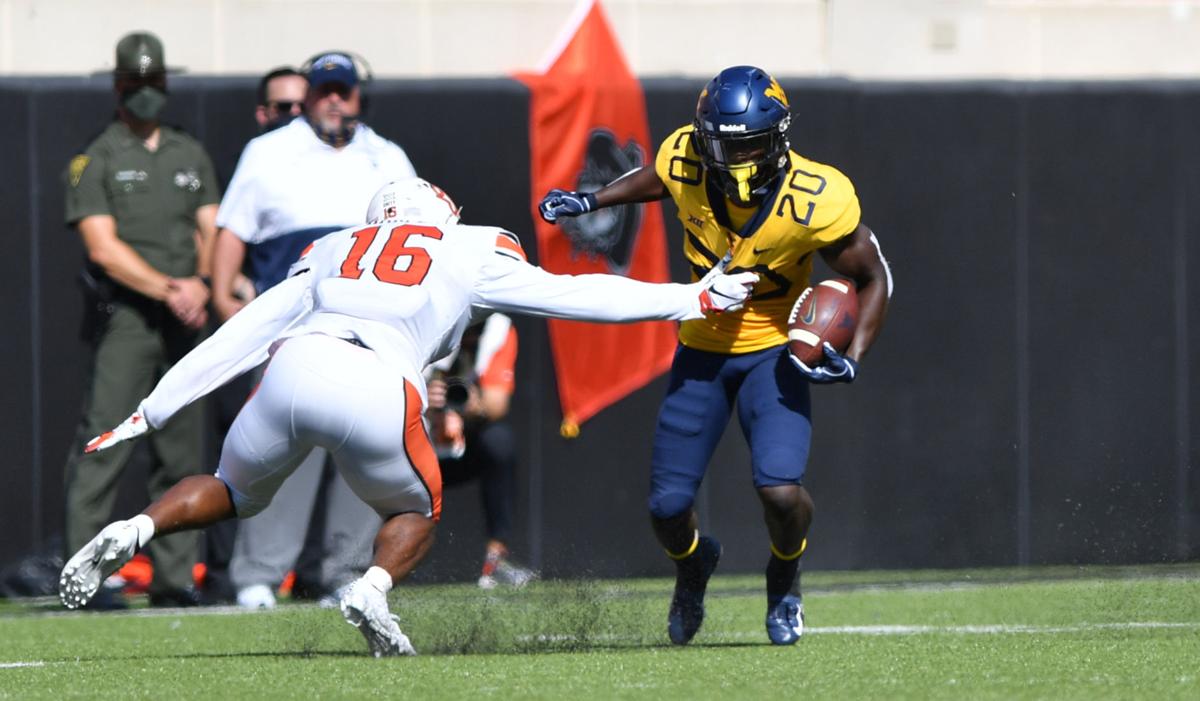 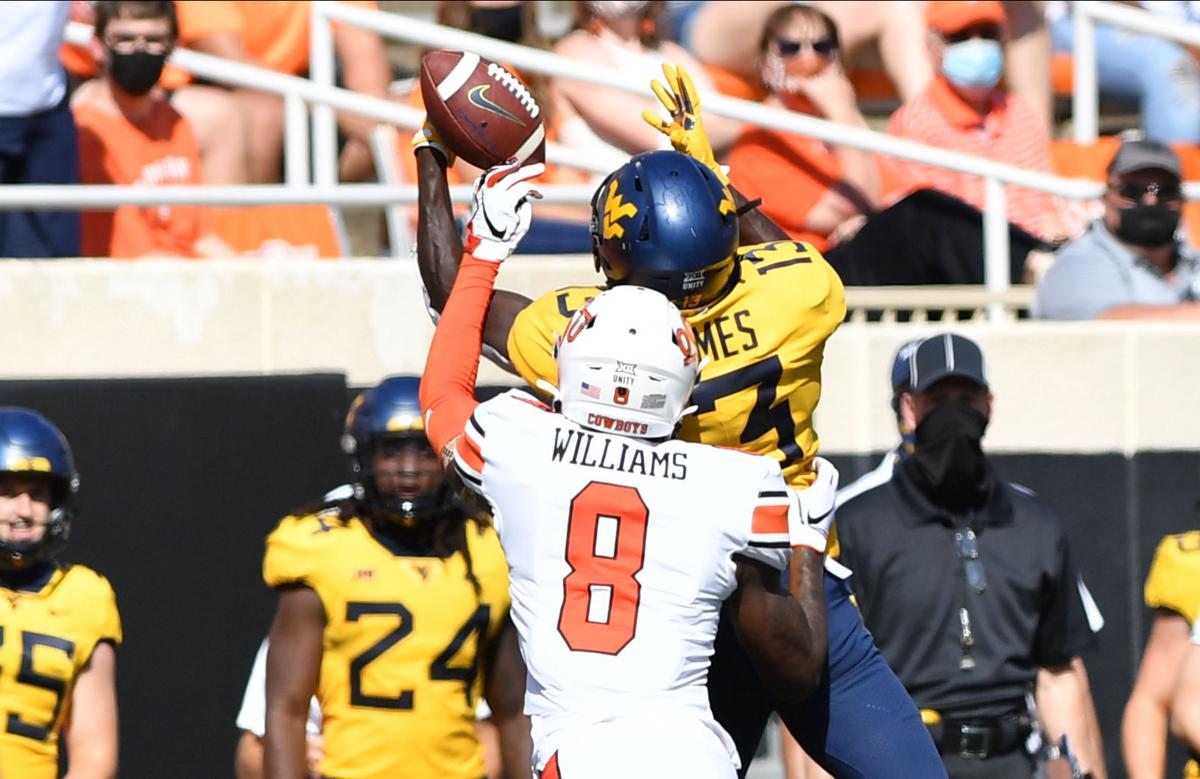 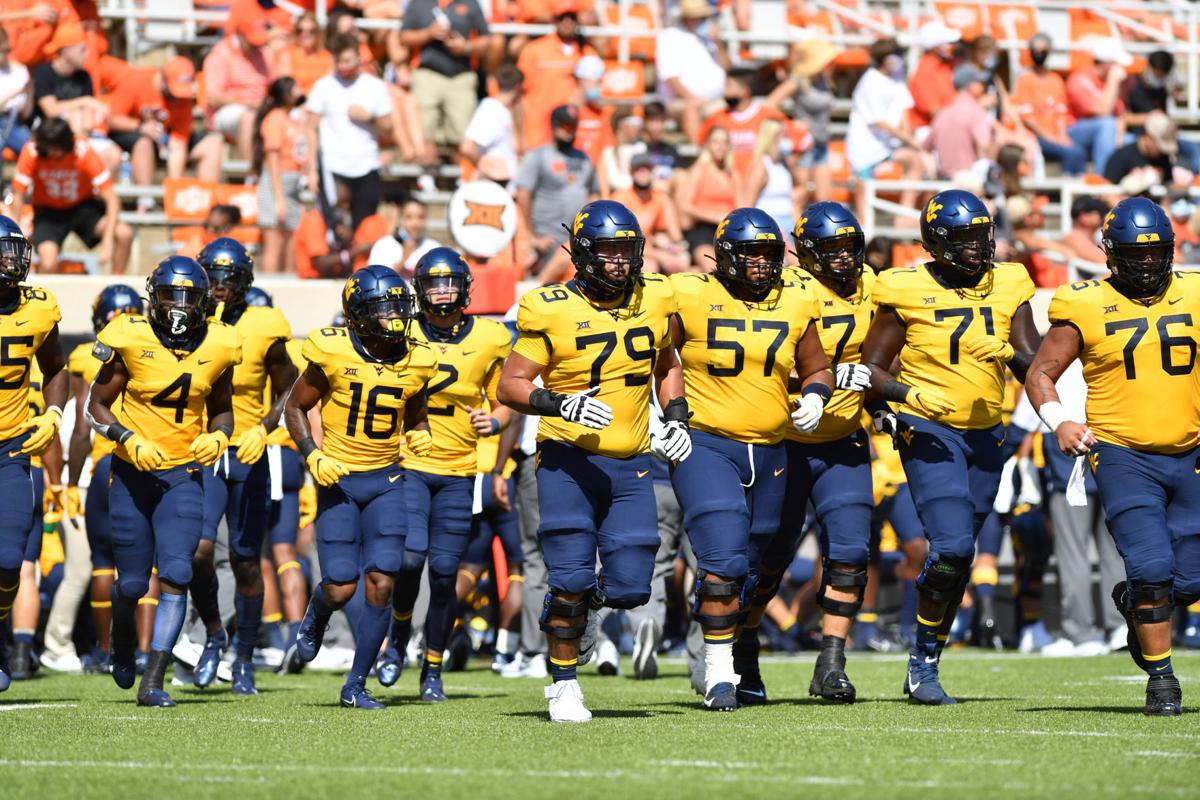 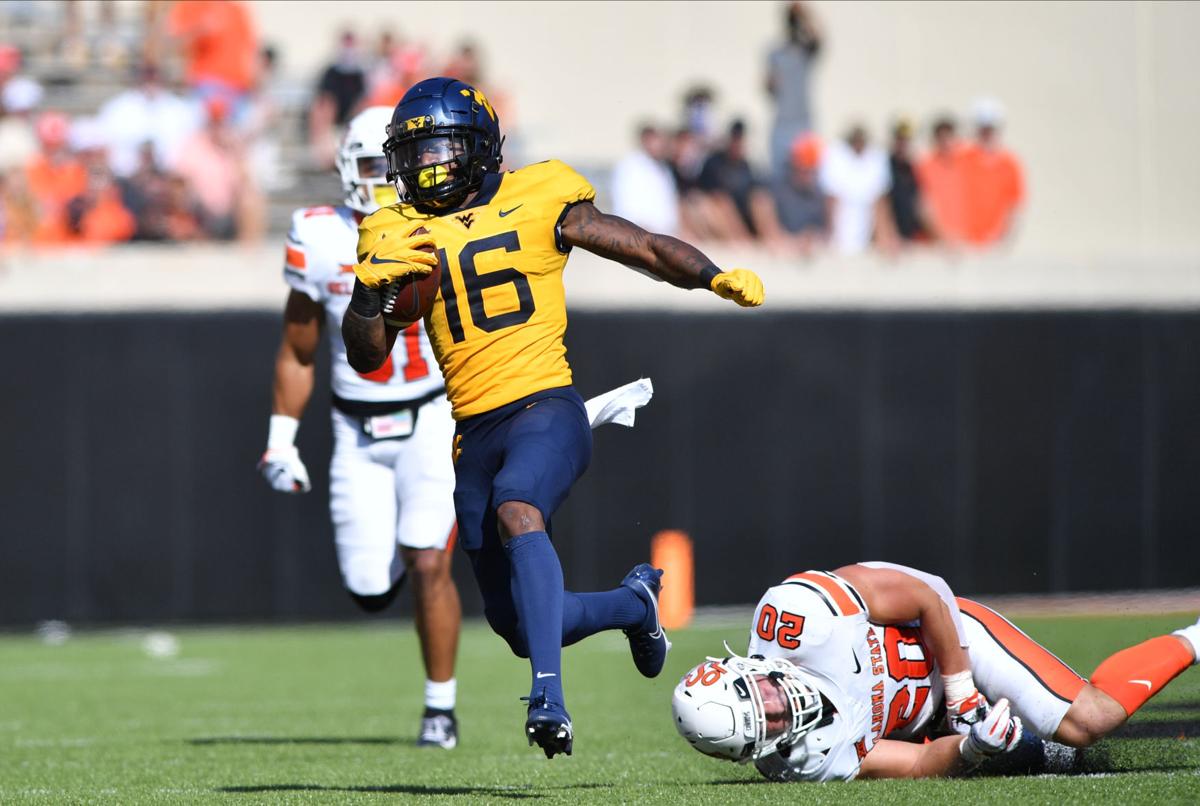 Quarterback Jarret Doege #2 of the West Virginia Mountaineers throws against the Oklahoma State Cowboys in the first quarter on Sept.26 at Boone Pickens Stadium in Stillwater, Oklahoma.

STILLWATER, Okla. — Neal Brown admitted in the days leading up to West Virginia’s game at No. 15 Oklahoma State that the matchup would be an important test for his team.

If it were a test, the Mountaineers certainly earned F’s in several areas … and they stood for fumbles (both lost and not recovered), flags, a flubbed field goal and an overall failure to take advantage of bountiful opportunities.

The Mountaineers (1-1) were penalized 12 times for 106 yards, yielded a game-turning fumble return for a touchdown, muffed a hold on a first-half field goal attempt, came up empty in attempting to recover four Oklahoma State fumbles and could never climb out of the 20-7 hole in which they found themselves at halftime.

“Today was not good enough,” Brown said. “Extremely disappointing performance. We were an undisciplined football team today and that’s on me and on our coaches. We talk all the time about WVU not beating WVU and credit Oklahoma State. Veteran football team and they’ve won a lot of games like this.

In many ways, the contest mirrored a 20-13 Oklahoma State win in Morgantown last season. In that game, the Mountaineers were limited to 26 rushing yards and scored six points in three red-zone trips.

While starting running back Leddie Brown racked up 104 yards on 26 carries on Saturday, the rest of the team ran for a combined minus-36 yards, a total skewed a bit by five quarterback sacks. In trying to rally in the second half, WVU engineered drives that reached the Oklahoma State 13- and 9-yard lines, but on both occasions the Mountaineers were forced to settle for a field goal.

“In a lot of ways, different game, same story from last year,” Neal Brown said. “I think if you look at it, negative-yardage plays again. Rushing, they ran for 203 yards, had two 100-yard carriers, ran the last [7:39] off the clock to put the game away on the last score.

“I think the story of the game is rushing, once we crossed into that [30-yard line range] — they were able to score touchdowns and we didn’t, and then penalties.”

For a majority of the game, Oklahoma State’s Chuba Hubbard, the nation’s leading rusher in 2019, was contained fairly well, though he finished with 101 yards and a touchdown on 22 carries.

Backup running back LD Brown dealt the first big blow for the Cowboys (2-0), rumbling 66 yards for a touchdown with 13:43 remaining in the second quarter to get the scoring started and put the Pokes up 7-0.

WVU took the ensuing kickoff and drove into Oklahoma State territory, but quarterback Jarret Doege was stripped of the ball by the Cowboys’ Trace Ford and the fumble was returned 56 yards to the end zone by Tyren Irby to put Oklahoma State in front 14-0.

The next West Virginia drive went deep into Oklahoma State territory, but holder Graeson Malashevich bobbled a snap on a 26-yard field goal attempt and Evan Staley never got his foot to the ball. At that point, WVU had run 39 offensive plays compared to 14 for OSU, but trailed by 14 points.

Alex Hale booted a pair of Oklahoma State field goals sandwiched around the one offensive highlight of the half for West Virginia — a 70-yard touchdown throw from Doege to Winston Wright — to send the teams into the locker room at 20-7.

Staley hit a field goal in both the third and fourth quarters to bring WVU within a touchdown at 20-13 with 9:01 left, but Oklahoma State embarked on a back-breaking, game-sealing drive, marching 80 yards on 15 plays, taking 7:39 off the clock and ending with a 23-yard touchdown run from Hubbard to account for the final score.

Yet even on that drive, the Cowboys put the ball on the ground twice and WVU failed to recover either of the fumbles.

“I think you make your own breaks,” Neal Brown said. “We had opportunities to get on all of them, we just didn’t do it. We’ve got to look back and see where we’re getting hats to the ball.

“We put the ball on the ground once on a strip on a drop-back pass and they pick it up and run it in. They put it on the ground four times and we don’t take advantage of it. I think the law of averages works out for you if you’re doing things the right way.”

Offensive-line play was also an issue despite Leddie Brown’s day. Doege was under duress and battered throughout and was sacked five times while, outside of Brown, the Mountaineers were held to minus-36 yards rushing.

Wright finished with 103 yards on four catches with Doege hitting on 20 of 37 passes for 285 yards.

Starting quarterback Spencer Sanders was a game-time decision but did not play, yielding to freshman Shane Illingworth, who threw for 139 yards on 15-of-21 passing and was picked off once. Tylan Wallace, a 2018 Biletnikoff Award finalist, led the Cowboys’ cause in receiving, hauling in six passes for 78 yards, including a highlight-reel sideline grab on third down to keep Oklahoma State’s final drive going.

The Mountaineers will host Baylor next Saturday at noon. The Cowboys will travel to Kansas for a 3:30 p.m. kick.